Journey of the Gods: a Zelda in VR from the makers of Left 4 Dead 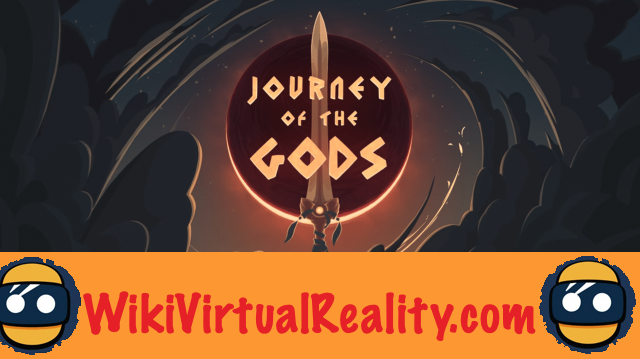 In February 2019, Oculus co-founder Nate Mitchell announced that he had had the opportunity to test a virtual reality adventure game directly inspired by Nintendo's Zelda saga. As part of the GDC 2019, this game has finally been unveiled.

Entitled "Journey of the Gods", the title was developed by Turtle Rock Studio. This Californian studio, based in the city of Lake Forest, is mainly known to the general public for its famous game Left 4 Dead.

We also owe him several virtual reality games, including the famous ”Face your Fears“ which offers the player to face their phobias on Samsung Gear VR, Oculus Rift and Oculus Go. In addition, the studio has worked on the game Blade Runner VR and the RPG The Well.

However, the new VR game unveiled by Turtle Rock at GDC 2019 is significantly more ambitious than its previous projects. As Nate Mitchell said, the similarities with Zelda are obvious since the player embodies a character equipped with a sword and a shield as well as a crossbow.

Using this arsenal, the hero of Journey of the Gods will have to fight hordes of monsters. However, to progress in the adventure, it will also be necessary to solve many puzzles.

Journey of the Gods: an exclusive VR adventure game on Oculus Quest and Rift S

It is therefore an Adventure / RPG type game. Scripturally speaking, the protagonist's goal is to get hold of the power of ancient gods in order to fight the evil that oppresses his world.

As the first images reveal, the player will have the opportunity to roam dungeons flooded with lava, use magic and wield ancient weapons. He will also be accompanied by an owl that will help him move around the world map. In short, Zelda fans should be in heaven.


The Journey of the Gods game will be available on Oculus Quest upon launch of the standalone VR headset. It will also launch on Oculus Rift and the new Oculus Rift S, but the PC release date has not yet been confirmed.

add a comment of Journey of the Gods: a Zelda in VR from the makers of Left 4 Dead