Oculus Quest at GDC: little information but a lot of enthusiasm 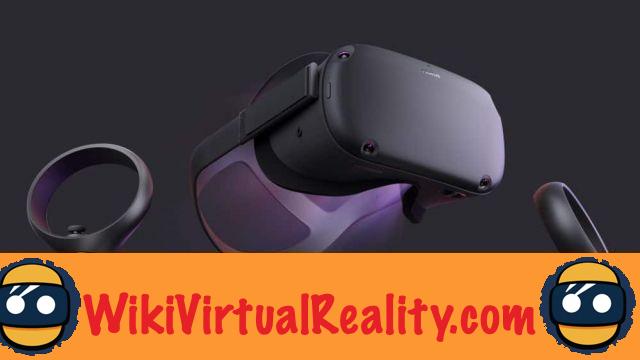 During its conference at the GDC, Oculus lingered for a long time on the official presentation of the Oculus Rift S. Few new features on the Quest but great enthusiasm.

The GDC 2019 conference was an opportunity for Oculus to make the official presentations of the Oculus Rift S, the improved version of the Oculus Rift released at the end of 2016. The Facebook subsidiary mentioned the Quest and gave rare information. The enthusiasm around the autonomous headset is however palpable as if it were a turning point in the world of virtual reality..

Some information on the Oculus Quest distilled during the GDC

Oculus has been very verbose on the Rift S and particularly stingy with its future high-end autonomous headset, the Quest. The Facebook subsidiary has however distilled some rare new information content most of the time to redesign the presentation made during the Connect 5 conference. Oculus has however taught us that Beat Saber will land well on his autonomous headset, even specifying that it "works very well". Three other games have also been announced for headphone release: "Journey to the Gods", "Shadowpoint" and "Dead and Buried 2".

However, the Oculus Quest remains THE headset that raises the excitement. For many experts, this is undoubtedly the virtual reality headset through which the democratization of VR will take place. Today's presentation only reinforced this feeling among the large audience. Oculus' high-end standalone headset is slated for spring (just like the Rift S). No precise date has been given. It will be marketed for $ 399, a price similar to the Rift S which must be connected to a powerful PC.

Virtual reality is revolutionizing the world of healthcare ❯

add a comment of Oculus Quest at GDC: little information but a lot of enthusiasm