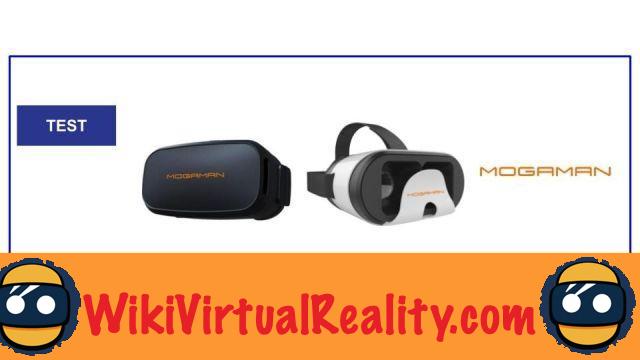 Virtual reality headsets intended for smartphones are beginning to be found on the market. Behind the Samsung Gear juggernaut, the others find it difficult to exist and seek to stand out. This is the case of the French brand Mogaman and its range of K1 and F1 helmets.

Unboxing the Mogaman K1 is very easy. You must first slide the flexible support of the box to reveal the protective cardboard. Once the cardboard is unveiled, the two scotches must be removed in order to be able to remove the box. 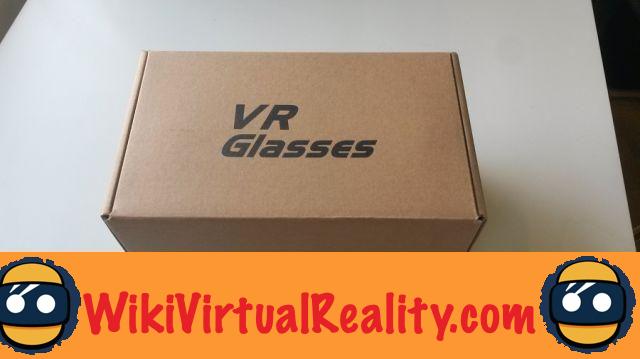 In the large unpacking of the helmet continues by removing the plastic support on which the helmet rests. The box is quite simple and functional although the white plastic holder is very coarse and on it rests the user manual of the helmet. Once the support is out, the helmet is in a plastic packaging, along with a microfiber cloth useful for the maintenance of the device.

His friend the Mogaman F1 also has a rather simple unboxing. If the all-cardboard packaging is downright crude, the packaging is simple. In the cardboard box, we find both the helmet, but also the cloth and the user manual. 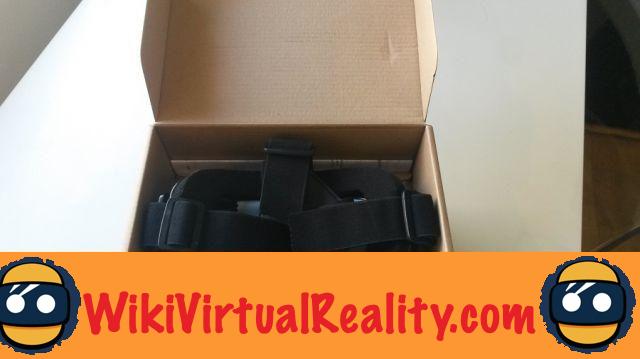 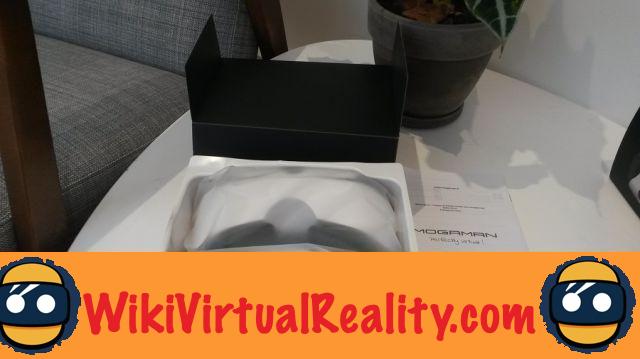 Design and Ergonomics of Mogaman

Aesthetically, the helmet is quite neutral to the eye. There is no particular design that emerges from the device. This one is mainly white main color of the plastic. The straps on the helmet that allow it to be adjusted on the user's skull. These are flexible enough to be pleasant and functional. Likewise when you wear the helmet on your face, the foam support is very comfortable. 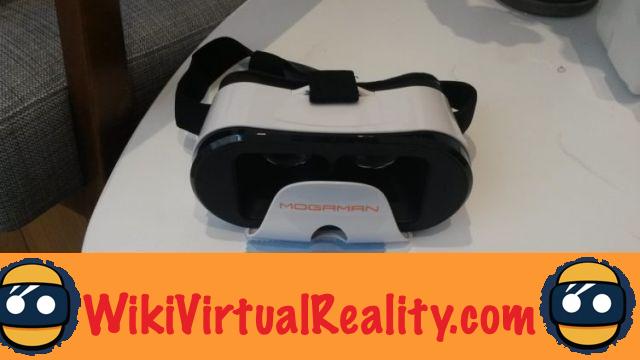 These two big added values ​​are put into perspective by the location where to position your smartphone. The support is designed so that the device can be easily placed there, but makes use of it perilous. First of all, because the stability of your smartphone is not 100% guaranteed. The other major problem is that for some devices, the plastic tip puts more pressure on your device's battery than it should, which can be damaging.

Regarding the Mogaman F1 the design takes the party to highlight a more united product in the general appearance of the helmet. Its black color gives a rather pretty rendering and much more modern than its friend.

As for its ergonomics, the F1 is much better thought out compared to its other helmet. Starting with the adjustment of the lens spacing which is now possible on a case-by-case basis. Regarding the adjustment of the helmet again the possibility of adjusting it is rather simple to put forward. 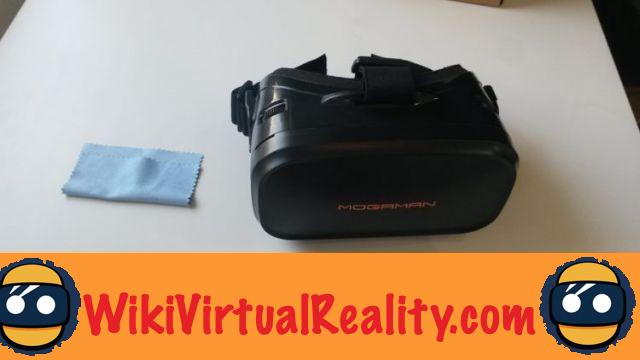 Finally, again the support for installing the smartphone on the object is marginal. The device is problematic in that the security of your phone is not guaranteed. You must therefore place your smartphone on a surface of suction cups in order to be able to enjoy the programs in VR..

Getting started with Mogaman headsets

The first thing to note about the Mogaman K1 headset is that no technology is developed to support the device.. It is important to note that no application accompanies the headsets for their use. However, the headsets are compatible with VR apps on Android and iOS. It is interesting to note that the headsets are only compatible with devices with a specific screen size. Thus screens ranging from 4.7 to 6.0 can be installed on the Mogaman K1. While his F1 friend goes from 4.0 to 6.0. 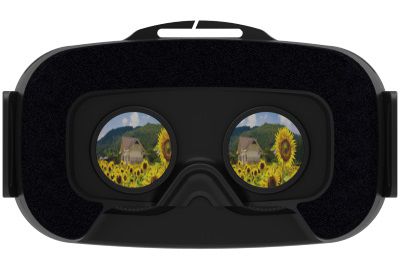 As mentioned previously, no technology has been developed alongside helmets. It is therefore impossible for the user to influence the content he is watching, whether to pause it or modify something, so it must be done first.. On the other hand, to interact in virtual reality via the headset, you just have to turn your head in the direction of what you want to see. In short, the device remains basic, but effective in its ease of use.

Both helmets have a 96 ° field of view that is effective enough to use VR. Even if the limits of the K1 helmet are quickly felt due to the fact that we can not adjust the lenses. 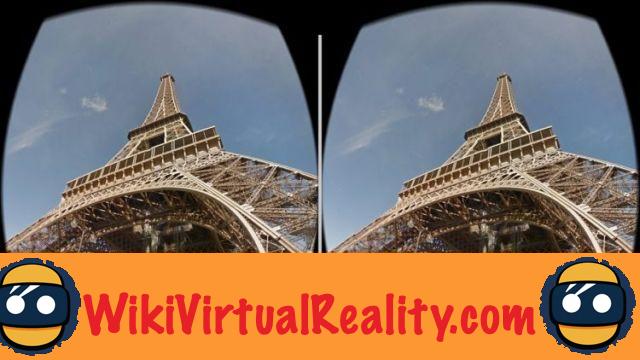 The Mogaman face the competition

French helmets wish to place themselves in a very specific range of virtual reality helmets. Mogaman does not have the means to compete with Samsung, they prefer to focus on functional headsets like the Homido. French compatriots who have started to democratize helmets serving as an interface for VR and 360 programs. 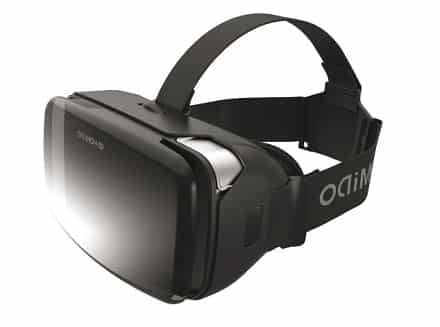 In comparison, the two ranges seem to be equal, so we have to see what it is. Let's rule out the fact that there is an application available to help reading Homido since the first Mogaman range does not have one.. From now on, let's judge the Mogaman by their designs. These are fairly neutral like the Homido, but where the shoe pinches, is ergonomics. Mogaman simply aren't designed to be able to interact with 360 content while it's in the headset. This is what is damaging when we add to this that the Mogaman K1 does not have lens adjustments. In addition, Homido headsets have buttons on the device allowing the user to interact with the programs within the VR.

On a quality / price ratio, it is obvious that the Mogaman range of helmets suffers greatly compared to its competitor Homido V2. However, the potential to compete with the other French-speaking brand is present, the F1 and K1 headsets lack an adjustment work in terms of interaction with the programs.

In order to complete this test, what to remember from the two Mogaman helmets presented above? First of all, despite the prejudice that there may be about the Mogaman range, which specializes in the Asian market, the helmets do the job. The F1 and the K1 are not ordinary cardboards but rather virtual reality headsets on which no technology has been applied. On the other hand, helmets have serious problems when it comes to ergonomics. The place to place smartphones is really unreliable, whether it's the suction cups or the rigid plastic structure.

The lenses are of good quality and render virtual reality programs fairly honest. In short, there is a potential to work within helmets which can in the future and quite easily compete with the Homido range. This range of headsets for the general public therefore has great untapped potential to explore.

Design and Ergonomics: The two Mogaman helmets are fairly classic but are single-colored, on the other hand the ergonomics of the K1 and F1 really need to be reworked, particularly with regard to the installation of smartphones.

features: The advantage of Mogaman headsets is that they are compatible for both Android and iOS services.

Getting started: If the headsets are easy to install and put on, it is unfortunate that no interaction button with your smartphone is put in place to facilitate the use of the headsets while watching content.

Quality / Price ratio:For helmets at 40 € and 50 € respectively, the quality / price ratio is quite respectable. You will have a perfectly decent VR headset even if it will suffer from stiff competition from Homido.