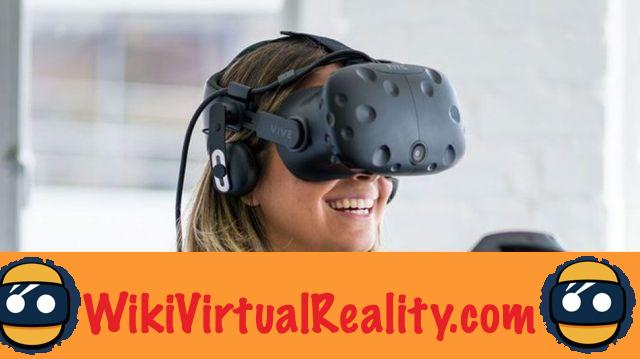 This is a side effect of the upcoming HTC Vive Cosmos release. The classic HTC Vive, which was released in April 2016, will no longer be sold. The end of this pioneer helmet.

HTC, in partnership with Vive, launched its Vive headset almost three and a half years ago. A small revolution at the time and fierce competition with the Oculus Rift released around the same time. More advanced, with its manual controls and large-scale monitoring, the virtual reality headset quickly established itself and dominated the PC VR headset sector before Oculus changed its headset and above all successively lowered the price of the Rift to get ahead of the Vive. The release of the HTC Vive Cosmos, however, marks the end of this headset which has remained a high-end reference in virtual reality for a very long time..

The classic HTC Vive remains one of the most used virtual reality headset models. About a third of VR headsets using Steam are actually HTC Vives. The end of a cycle therefore and the arrival of a new helmet which notably offers an almost double definition and above all a tracking without external sensors, only thanks to on-board cameras.

The latter will be released on October 2, 2019 at a price of 799 euros and will mark the official end of the classic HTC Vive. Those nostalgic for HTC's first headset will be able to watch again the video dating from 2016 and presenting the headset then pioneer in its field.