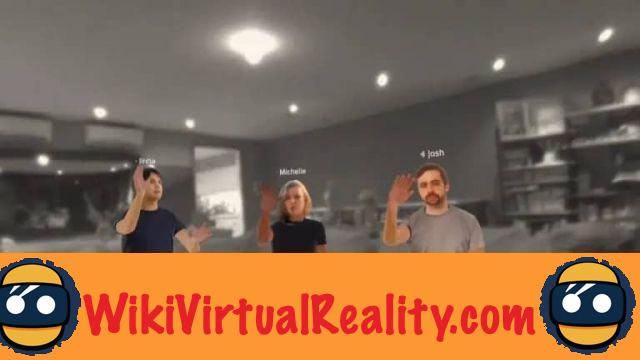 Facebook plans to release next year an API called "Passthrough +" which allows the development of an AR mode on applications for Oculus Quest headphones.

The VR headset has four monochrome wide-angle cameras. They are mainly used for position tracking and controllers. Nevertheless, it is possible to see the real world thanks to them when you set up the Guardian system or when you press the device twice in a row. In both cases, we are entitled to a video called “passthrough”.

The new Passthough + API goes a step further. Indeed, she will use the images filmed by two cameras, merging them thanks to algorithms to have a view with a correct depth.

In fact, this small detail is important, because in reality the cameras are quite far from the eyes of the user. A raw image would therefore not really reflect what the wearer should see helmet, giving the wrong perspective and scale.

Facebook announces that it has given access to the API to the teams of the Spatial collaboration platform. They published a video showing the results of their experiments:

However, one thing needs to be clarified: at no time will the developers have access to the video streams from the cameras of a helmet. And this, even if the API allows the development of an AR overlay in the real world via an Oculus Quest headset. Thus, users will be able to enjoy virtual objects in augmented reality, without this (in theory…) harming their personal data.

Facebook is still fairly discreet on this subject, sharing little information. However, the company should say a lot more next year. In any case, the Quest 2 could very well become the dev kit for Facebook's future AR ambitions. With the announcement of the Infinite Office, Oculus seems to be positioning itself more and more as a mixed reality platform.