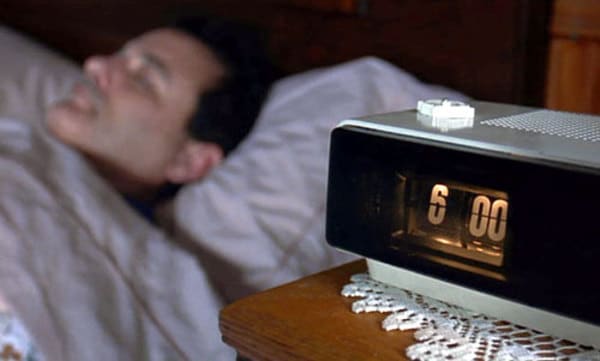 Released in 1993 ,. In this feature film directed by Harold Ramis, actor Bill Murray plays Phil Connors: a cynical and jaded weatherman who relives the same day over and over again in the small town of Punxsutawney. Both funny and moving, this film has delighted several generations of spectators. In 2006, it was even listed in the United States National Film Registry for its “cultural, historical and aesthetic significance”.

And even if Bill Murray saw this experience as a real ordeal, who has never dreamed of being in his place? To live the same day over and over again, and enjoy unlimited freedom knowing that your actions have no consequences...

If so, good news. Sixteen years after the film's release in theaters, you in turn will be able to live an endless day. Indeed, after an adaptation in the form of a musical in 2016, Sony Pictures Virtual Reality and Tequila Works announce the sequel to the film in the form of a virtual reality video game.

In ”Groundhog Day: Life Father, Like Son” (“One Endless Day: Like Father Like Son”), the player will play Phil Connors Jr.: the son of Phil Connors and Rita Hanson. Like his father, this protagonist will have to relive the same day over and over again. The difference is that you will no longer be a spectator, but an actor in this immersive experience.

Sony Pictures VR senior vice president Jake Zim insists this is a real video game in virtual reality and not an interactive film or a simple promotional experience. Indeed, in the past, Sony has developed several VR experiences to accompany the release of blockbusters like Spiderman Homecoming or the 2016 Ghostbusters remake. However, these were simplistic and brief experiences whose sole purpose was to promote movies.


Avec ” Groundhog Day : Life Father, Like Son “, Sony tries for the first time to marry cinematic IP with immersive storytelling in the form of a VR video game. It goes without saying that we can't wait to see the result ...

Moreover, Sony intends to continue to explore this concept with other adaptations of films in VR games. Jake Zim claims that several games are in development, both adaptations of upcoming films and cult films from Sony's catalog.

We do not yet know When will the VR game from Groundhog Day be available. However, the trailer indicates that the title will be available on PlayStation VR, Oculus Rift and HTC Vive.

add a comment of Endless Day: A VR Game Based on Bill Murray's Cult Movie