Face your fears - Face your phobias on Samsung Gear VR

Presented by Oculus during the Oculus Connect 3 conference, is an application for Samsung Gear VR offering the user to face their phobias in virtual reality. A therapeutic experience, but above all terrifying ...

In the eyes of many psychologists, virtual reality has strong therapeutic potential. The ability of VR headsets to trick the senses and the mind could help patients overcome their illnesses. Some are already exploring avenues, especially for treating bipolarity or pedophilia. 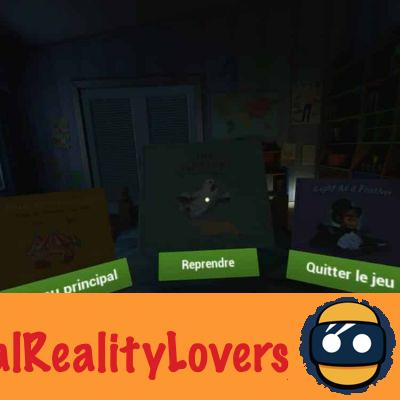 However, VR could also be used to treat patients with phobias, by confronting them with their deepest fears. This is exactly what Turtle Rock offers with. Presented during the Oculus Connect 3, this application has just been released on Samsung Gear VR, just in time for Halloween ...

The application offers the user to confront the various most common fears and phobias. First, from the main menu, the helmet wearer must choose between two doors, each corresponding to a different environment. Two other doors are still locked, and will be opened as part of an upcoming update. 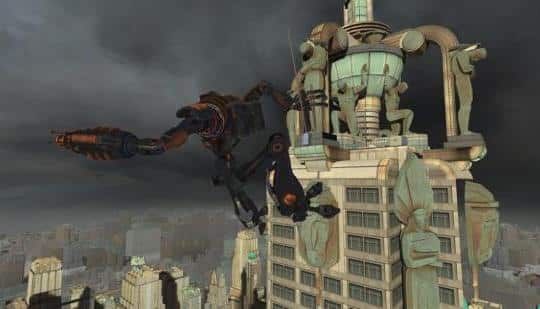 The first door leads to a futuristic urban environment. The user appears in front of the bay window of an office at the top of a huge skyscraper. Fighter planes fight a huge robot, which then breaks the window and seizes the user. This last quickly finds himself balanced on a scaffold, eventually crashing to the ground. If you have a giant robot phobia, you might be terrified, but it's mostly the fear of heights that is explored here. In all fairness, the feeling of the final fall is breathtaking. 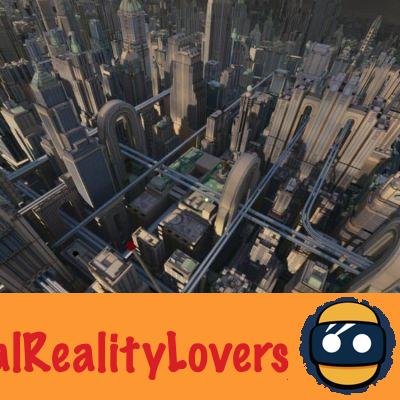 The second door leads to a child's bedroom. Comfortably seated in bed, the user can choose between three children's books, each corresponding to a different experience. The the first is for people with coulrophobia (fear of clowns), the second is about ghosts, and the third is about the movement of unexplained objects... 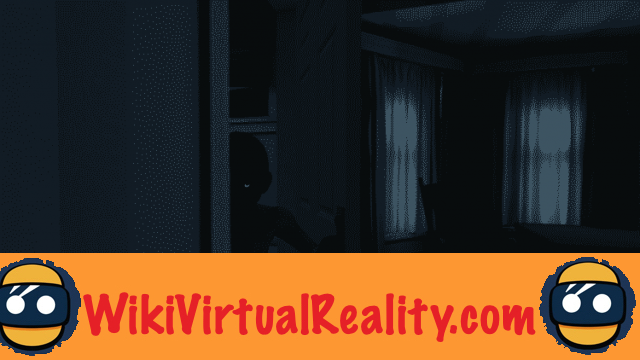 In reality, these three stories are intimately linked, and revolve around the ghost of a little boy who haunts the room. Despite his cartoonish design, this zombie kid is scary, with his aberrant movements and vicious expressions. 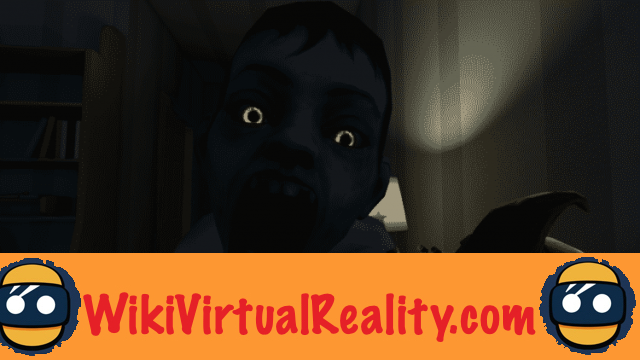 Face your fears, a glimpse of the horrific potential of VR

This application remains intended for the general public, and does not push terror to its climax. However, the effectiveness of lets imagine the potential of virtual reality for horror cinema. The fact of having turning your head to come face to face with a monster is really terrifying. The user is no longer in front of a screen, but in the middle of the action.


Also, beyond the scary atmosphere of the application, the scariest thing is what's going on around you in the real world. The view obstructed by a helmet, the slightest noise around becomes suspect. As long as a friend has fun touching your shoulder in the middle of the adventure, you may utter a howl of terror.

Let's be honest, you are unlikely to cure any phobia through this experience. is more the opportunity to treat yourself to some goosebumps, then have fun watching your friends try it out.