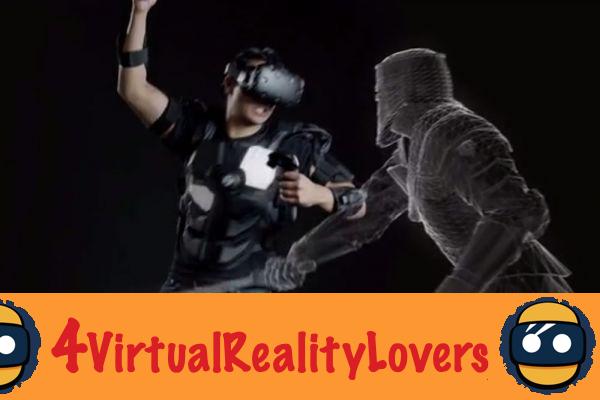 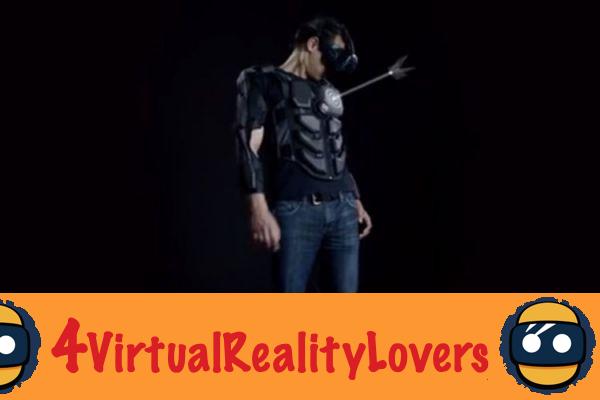 Unlike the few existing systems, Hardlight VR Suit goes much further by covering almost the entire upper body. The shoulders, chest, bars and forearms as well as the back are covered with a haptic device that makes you feel very realistically when you have been touched. The jacket prototype, already well advanced, is the subject of a crowdfunding campaign, Kickstarter, in order to finance the final development of the product and success is there. 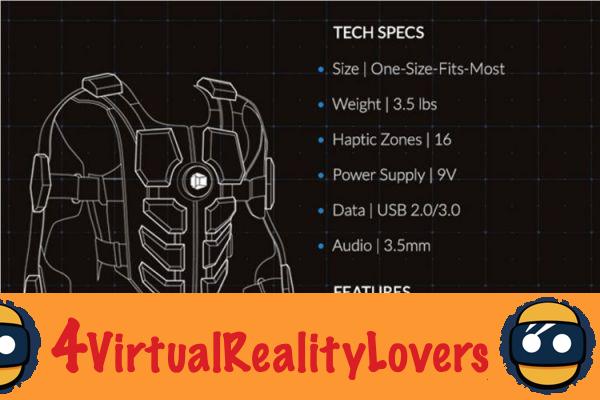 Hardlight VR Suit, to feel the blows in virtual reality

Not physically feeling a blow during a fighting game or a shooting game is one of the major problems of video games, whether VR or not, and which somewhat spoils the immersion. Hardlight VR Suit allows the player to physically feel the sensation of being touched in a specific area of ​​their body. thanks to various haptic devices judiciously positioned in the jacket. An elaborate system of localized vibrations makes it possible to feel a blow over the entire affected area. 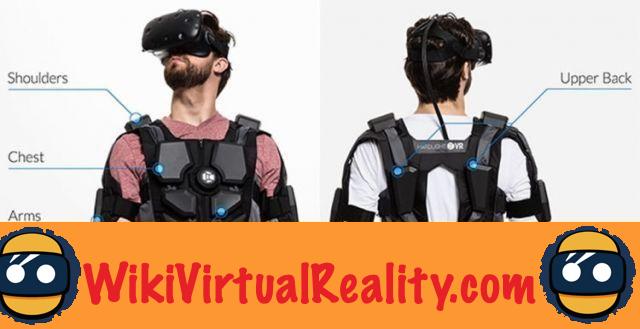 But there is more to the Hardlight VR Suit than just feeling when you're hit. Indeed, the jacket is equipped with a system of sensors which considerably improve the player's tracking. The position of his body, head or even his arms and hands are faithfully reproduced for even greater realism, especially in close combat sequences. The tracker system allows in particular to faithfully reproduce the player's hands and arms in virtual reality which is often very approximate with a classic tracking system. 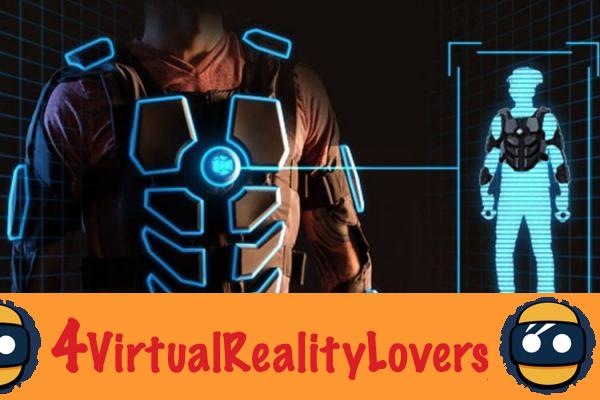 The big success of the crowdfunding campaign

NullSpace VR, the startup behind the project, launched a Kickstarter campaign to finance the production of its haptic jacket, which the first copies should be delivered in September 2017. The NullSpace VR team was able to convince investors since in just a few days, nearly $ 102.000 raised, well above the goal of $ 80.000 in one month.

Note thatabout fifteen games are already compatible with the jacket. Hardlight VR Suit works on HTC Vive and Oculus Rift. If you are interested in the jacket, it is always possible to participate in the crowdfunding campaign. For $ 549, you can get a copy of the Hardlight VR Suit. saving 20% ​​by the way.

Is John Carmack a thief?