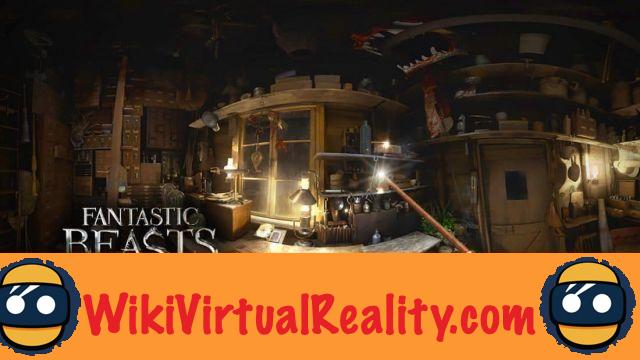 In November 2016, the film based on the Harry Potter universe, was released in theaters around the world. To accompany the release of this feature film, the Google Dadyream virtual reality platform was enhanced with an exclusive virtual reality experience:. Based on the eponymous film, the experience offered the player to play as the protagonist Newt Scamander to explore the different areas of the film and meet the fantastic animals while casting spells like a real wizard.

Sadly, only owners of VR headsets compatible with Google Daydream could benefit until now from this very pleasant experience. Users of other devices like the Oculus Rift, HTC Vive or Samsung Gear VR were therefore left behind. This problem is all the more restrictive in France, given that the Daydream View headset is not sold in France. 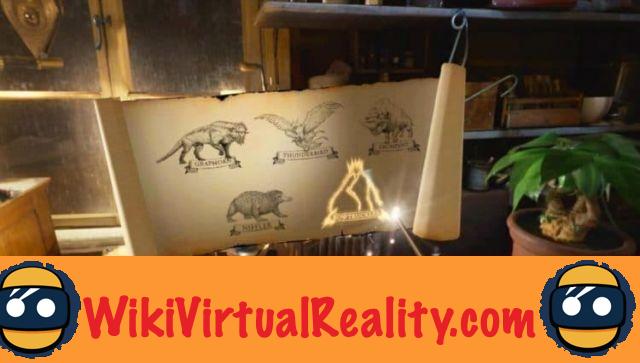 A little over a year after the initial release of the experience on Daydream, is finally officially available on HTC Vive, Oculus Rift and Samsung Gear VR. The application is now available on the respective application stores of these different devices.

On HTC Vive, Oculus Rift and Daydream, gamers will be able to use a motion-sensing controller as a magic wand to cast spells. On the other hand, on Gear VR, it will not be possible to use the Bluetooth controller. Users will therefore have to interact using their gaze.

The film's main actor, Eddie Redmayne who plays Newt Scamander (Newt Scamander) claims that this new version is more immersive than anything he has had the opportunity to try in his life. Note that Redmayne lends his voice for the experience, and provides the narration while giving instructions to the player.

Alas, our opinion is much more mixed than that of the actor. Even though the Rift and Vive's motion-sensing controllers allow for more compelling interactions than the Daydream's, this PC version doesn't really exploit the possibilities offered by high-end VR headsets. The graphics are hardly improved compared to the Daydream version.

In addition, we could have hoped that Warner Bros. exploited the possibilities offered by the room-scale tracking of the Rift and the Vive, but it is not. The camera remains fixed throughout the adventure, and the user is content to look around as in a 360-degree video. For those who dream of really immersing themselves in the magical world of Harry Potter, it will therefore be necessary to wait for a real virtual reality game or perhaps the augmented reality game Harry Potter Wizards Unite by Niantic. As a reminder, this promising game is expected on smartphone for June 2018.

Beat Saber: the best tips to improve your score