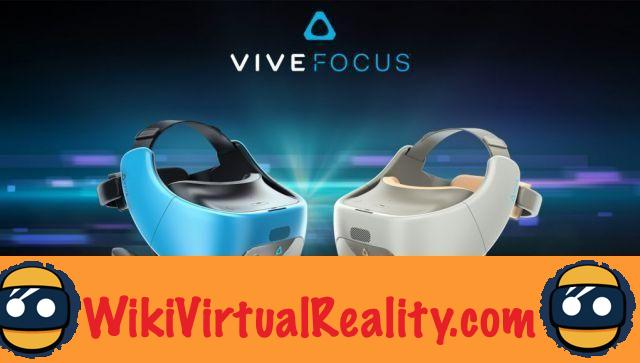 On November 14, 2017, HTC officially unveiled its standalone HTC Vive Focus virtual reality headset, designed to compete head-on with the Facebook Oculus Go headset. During this announcement, however, the Taiwanese firm had not given many details on its future device.

The manufacturer was content to specify that his headset would not ultimately work on the Google Daydream platform, unlike what was initially announced during the Google I / O in May 2017. HTC had nevertheless confirmed that the Vive Focus would be based on Qualcomm VRDK reference design, notably incorporating the Google WorldSense tracking algorithm for position tracking.

During the “Game Developers Conference”, HTC discussed its future autonomous virtual reality headset, the Vive Focus, and slipped some information. After launching the HTC Vive Pro for pre-order and significantly lowering the price of the HTC Vive, the Taiwanese manufacturer, now focused on virtual reality after selling its smartphone division, spoke of its autonomous virtual reality headset and gave some welcome details. on this one. We now know that the headset will also be marketed outside of China, that it will be released in the coming months and that a development kit is now available.. 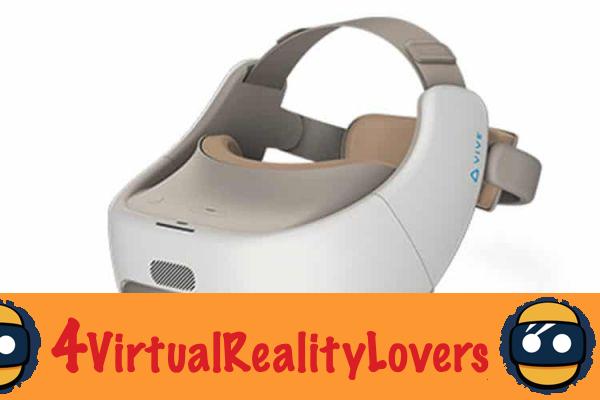 During its conference at GDC 2018, held in San Francisco, California, HTC spoke about Vive Focus. While initially announced only for the Chinese market, where it has been available for some time, Vive Focus will also be marketed internationally and will therefore be released in France. The Taiwanese manufacturer has specified a wave before the end of the year to discuss the release date of its highly anticipated autonomous headphones. No exact date so no price either. There is no doubt, however, that the helmet will be released before Christmas, a period still very favorable for sales, especially of High Tech equipment..


For information, in China, the Vive Focus is marketed between 515 and 640 euros depending on the color chosen. Two colors are actually available, electric blue and beige.

HTC also took advantage of the "Game Developers Conference" to discuss its developer kits on Vive Focus. These developer development kits for Vive Focus are now available on the HTC Developer Portal. The kits are based on Vive Wave, HTC's virtual reality tools platform, which unites the development experience of stand-alone virtual reality headsets with those of smartphone headsets with Viveport and its content platform. You can find the developer kits for Vive Focus on the HTC website page here. You will be able to register as well as download the Vive Wave SDK as well as find many tools and development assistance.

HTC also recalled that its Viveport platform remains the best for developers of virtual reality applications. To better encourage developers to create games and applications on Vive Focus, HTC offers Chinese developers, between April and September 2018, to receive 100% of sales of titles and subscriptions to its platform. An offer that should allow HTC to quickly develop its Vive Focus catalog by the international launch of its autonomous headset before the end of 2018. 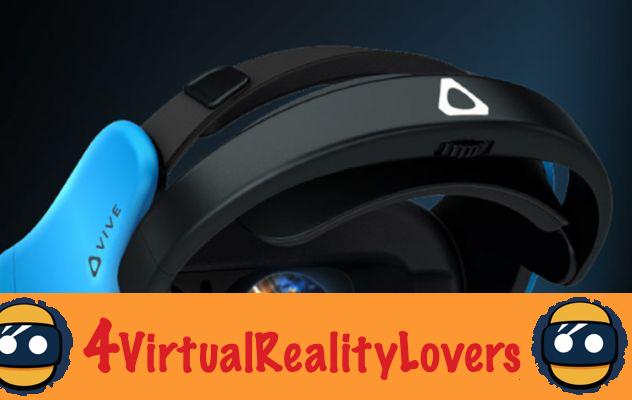 This December 7, 2017, HTC has just confirmed more technical details about the future all-in-one headset. It is therefore officially confirmed that the HTC Vive Focus will offer a tracking de position inside-out World-Scale, offering six-degree freedom of movement. To put it simply, it is this tracking system that will allow the user's position to be followed without the need for external sensors. This tracking will be based on on-board cameras by the headset, just as for Windows Mixed Reality or Oculus Go headsets.


In addition, the helmet will carry nine-axis sensors, and a proximity sensor. The screen will be a 3K AMOLED-type panel, offering a definition of 2880 × 1600, with a refresh rate of 75Hz and a field of view of 110 degrees. Note that the inter-pupillary distance will be adjustable. As a processor, we will find the Qualcomm Snapdragon 835, a processor embedded by most of the high-end smartphones of 2017 such as the Samsung Galaxy S8, the LG V30 or the Xiaomi Mi 7. On December 5, 2017, Qualcomm and Microsoft have also announced the imminent marketing of laptops powered by this chip, such as the Asus Nova Go or the HP Envy X2. Computing power should therefore be there.

A micro SD port will accommodate up to 2TB of external memory, ideal for storing large numbers of applications. The headset will also accommodate microphones, speakers as well as a 3,5 mm jack plug for connecting headphones or earphones for better immersion. The headset will also be compatible with WiFi, and will allow content transmission via Miracast for compatible devices. On the other hand, a priori, no 3G / 4G mobile connection This is not to be expected which is very regrettable for a helmet whose main strength seems to be mobility.

The device will be powered by a battery offering an autonomy of approximately 3 hours in case of active use, and up to a week in standby mode. This battery will not charge through USB Type-C dead, and will be compatible with QC 3.0 fast charging.

The Vive Focus will be delivered with its Bluetooth motion-sensing controller offering three-degree freedom of movement. This controller will offer a touchpad, a home button, a volume control button and a trigger. The accessory will be powered by two AAA batteries offering up to 30 hours of autonomy in case of use.

In short, the HTC Vive Focus should offer performance similar to that of a Samsung Gear VR coupled with a Galaxy S8, without the need for a smartphone. autonomous virtual reality headset  new Vive Wave platform

Unfortunately, it looks like HTC hasn't changed its mind about its decision to reserve the HTC Vive Focus for China. On site, pre-orders will be open from December 12, 2017 to January 12, 2017. The helmet should be delivered from January 2018. The HTC Vive Focus will be available in two colors: Electric Blue, and Almond White. The blue version will be offered for 4299 yuan, or around 550 euros, while the white version will be priced at 3999 yuan or around 510 euros.

Design and Ergonomics : The HTC Vive is not called the “Roll-Royce” of VR headsets for nothing. Hopefully the Vive Focus will be designed with the same care as its big brother. The helmet sports a futuristic look

Application and features : The HTC Vive Focus headset is the first version of the company to offer both a wireless and autonomous headset which guarantees a certain comfort by the absence of cables and sensors to install in the room

Quality / price ratio : impossible to know the exact price of this new HTC headset at the moment. According to our estimates, it will cost around 550 euros. We are waiting to see where HTC will be placed in relation to the competition, especially with regard to the Oculus GO