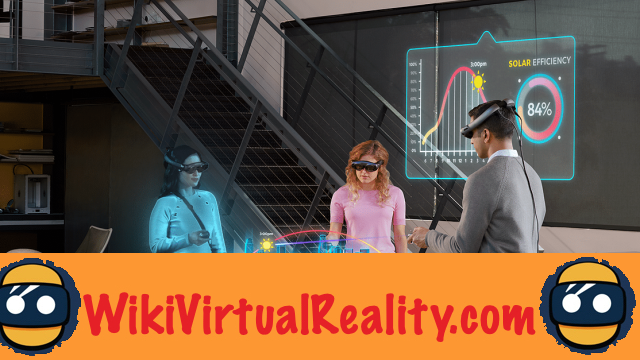 A few days ago, revealed that Magic Leap has only sold 6000 augmented reality headsets in the six months since the launch of the ML1. A bitter failure, especially since the CEO of the firm, Rony Abovitz, initially aimed at a goal of one million sales in one year.

However, Magic Leap does not intend to admit defeat so easily. Rather than throw in the towel, she seems to have decided to radically change her business strategy. While the Magic Leap One was until now sold as the first AR headset for the general public, the American firm announces today a new bundle intended for businesses and priced at nearly $ 3000.

For this price, companies will be able to benefit from a two-year warranty, a device management platform, and privileged customer service. The headset is no longer named "Magic Leap One Creator Edition", but "Magic Leap 1". In addition, improvements have been made to the hardware although they have not yet been revealed.

This strategic shift could turn out to be wise. Indeed, unlike Magic Leap, Microsoft has managed to meet success with its HoloLens headset by addressing it directly to businesses rather than consumers. Often, companies are less dissuaded than the general public by the high price new technologies like augmented reality.

By deciding to target the same clientele, Magic Leap could therefore finally succeed in selling its stocks of ML1 helmets. However, it will therefore have to face fierce competition from Microsoft...

Along with this announcement, a major update has just been made to the LuminOS operating system of the Magic Leap One. The main novelty is the appearance of voice commands allowing you to control the device by sounding your voice.


Finally, Magic Leap confirms that it is working on the successor to its AR headset. The Magic Leap 2 is expected to launch in 2021, but it is not known for the moment what will be the proposed improvements compared to the first model ...