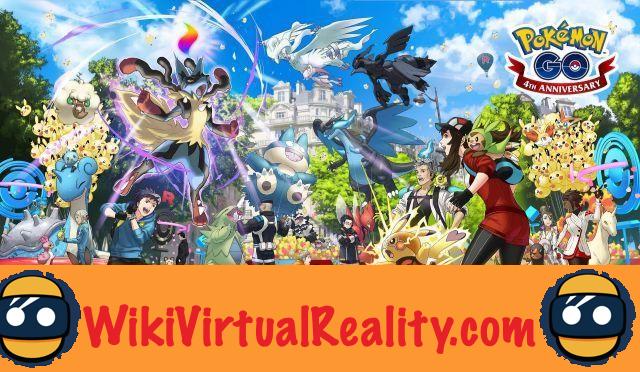 You must not sell the skin of the bear before you have killed it. After a success as phenomenal as it was ephemeral when it was released in 2016, the game Pokémon Go was seen by some as the success of a single summer.

In 2020, in the face of containment and the COVID-19 crisis, this mobile game based on exploring the real world seemed all the more doomed to disappear. Yet, four years after its launch, and despite the challenges to overcome, ”PoGo” has just broken its revenue record.

La billion dollar mark is crossed for the year 2020. Previously, the top-grossing year for Niantic's mobile gaming was the launch in 2016 with $ 950 million in just six months.

A new milestone is therefore reached with a billion dollars in 10 months, and Pokémon Go is already rising as one of the most profitable mobile games of 2020. More precisely, the title comes in third position in the ranking behind and .

How Pokémon Go Adapted to Covid-19

Much of this success has to do with the smart and relevant changes Niantic is making to deal with the pandemic. As a reminder, the gameplay has been adapted to the constraints of confinement to allow players to continue having fun while staying at home, well protected from the coronavirus.

Fans were able to receive many free gifts, and participate in a multitude of one-off events. In addition, Niantic had the intelligence of take community feedback very seriously. This is what has kept the game profitable in the uncertain context of this year 2020.

In total, since its launch, it is estimated that Pokémon Go has generated nearly $ 4,3 billion. This triumphant year will be punctuated by various events planned for the month of November and a big Christmas party, and by the imminent arrival of the sixth generation Pokémon ...