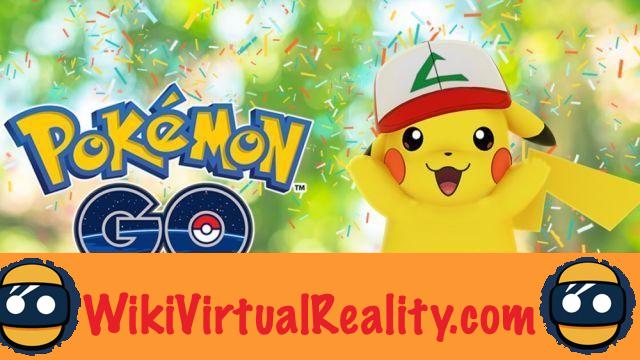 When it launched in July 2016, Pokémon Go quickly became a global phenomenon. Around the world, millions of people have taken to the streets with smartphone in hand to capture Pokémon in augmented reality. However, the hype quickly passed and a large majority of players quickly deserted the application.

After making the headlines of every website and newspaper in the world, Pokémon Go was suddenly abandoned by the media. Thus, one would have thought that the game was abandoned for good and condemned to die in a corner of the Play Store. It is not so.

According to a report published by Sensor Tower, Pokémon Go madness is far from over. In October 2018, the game grossed a staggering $ 73 million. This is an increase of 67% from the 43,6 million dollars generated in October 2017. In total, since its launch, the game grossed over $ 2 billion to its creator Niantic.

If we combine the income generated by the application on iOS and Android, Pokémon Go is the 8th highest grossing app All categories. If we only take into account video games, the title rises to seventh place just ahead of the Fortnite phenomenon!

The game has many fans in France and throughout Europe. However, it is especially in Japan, land of origin of Pokémon, and in the United States that “PoGo” owes its success. Himself, the land of the rising sun represents 33,2% of the income generated, just ahead of the United States with 32,9%.

This renewed tension in Pokémon Go can be explained by the many improvements and new features brought to the game by Niantic Labs over time. Since its initial launch, the title has evolved enormously. Many Pokémon have been added, as well as a raiding system that allows players to join forces to complete challenges.

In addition, augmented reality rendering has been greatly improved with the arrival of Apple ARKit 2.0 frameworks and Google ARCore 1.0. The game has also been optimized to consume less battery and mobile data. Recently, the application is even able to count the user's steps in the background thanks to a synchronization with Apple Health and Google Fit. In short, the game has nothing to do with what it was when it was launched.

In addition, Niantic has always listened to the community and regularly hosts one-off events where players can capture exclusive rare Pokémon. An honorable behavior, which ended up bearing fruit.

Unfortunately, Pokémon Go is now going to have to face winter. In 2017, Sensor Tower recorded a sharp drop in revenue for Pokémon Go between November 2017 and January 2018. With the return of the cold, it is very likely that this phenomenon will recur ...

Virtual reality at the service of online commerce ❯