Pokémon Go: how to complete the Cobaltium raid, 1st legendary of Unys 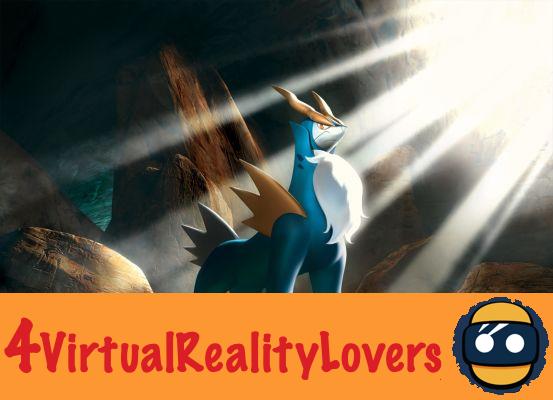 In September 2019, the first wave of Fifth Generation Pokémon was added to the Pokémon Go bestiary. Black and White versions, released on Nintendo DS in 2010, can therefore finally capture their favorite little monsters in Niantic's mobile game.

However, so far, no legendary Pokémon from the continent of Unys had appeared in PoGo. It's now done, with the arrival of Cobaltium as a third-party 5 raid boss.

As a reminder, Cobaltium is the leader of the legendary trio of ”Musketeers“ which he trains alongside Terrakium and Viridium. It is a Steel and Fighting type Pokémon, whose appearance is reminiscent of a blue-colored deer. This legendary Pokémon is known to dislike humans, so get ready to do battle!

Pokémon Go: who are the best opponents for Cobaltium?

To defeat Cobaltium as a raid boss, you will need a team of Fighting, Ground, or Fire-type Pokémon. Among the most effective monsters against him, we can quote Mackogneur, Groudon, Lugulabre or Sulfura.

You can also opt for a Fire-type starter Pokémon caught on Community Day and therefore having the Rafale Fire technique as Charizard. Likewise, Hariyama and Chapignon will do the trick as a Fighting-type Pokémon.

Ideally, your Cobaltium once captured will experience the Steel Claw and Iron Head techniques. This will allow you to take advantage of its Steel type, but it should be noted that Pokémon like Metagross and Dialga will be much more efficient ...


Either way, it seems essential for any self-respecting collector to add this legendary Pokémon to their collection. Cobaltium will take on the role of Tiers 5 Raid Boss until 26 November 2019.

add a comment of Pokémon Go: how to complete the Cobaltium raid, 1st legendary of Unys