PS5: the PSVR 2 will be able to compete with the VR headsets for PC 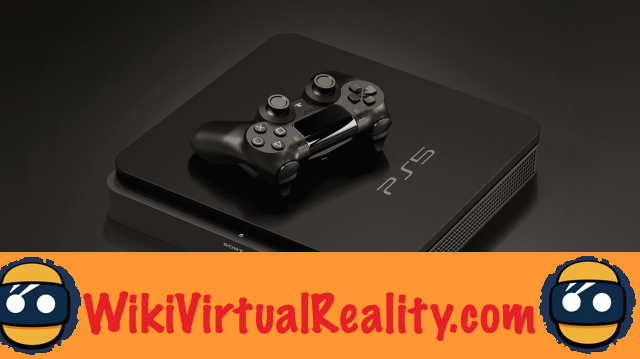 That's it, Sony has finally revealed the characteristics of the PlayStation 5. Not surprisingly, seven years after the launch of the PS4, performance will take a real leap forward.

Le GPU is six times more powerful than that of the PS4, in particular thanks to AMD's RDNA2 architecture which is also found in the Xbox Series X. In comparison, this GPU can compete with the NVIDIA RTX 2070 Super for PC.

La CPU speed has almost doubled, and developers will therefore be able to offer more detailed physical simulations in their VR games. Artificial intelligence will also be more advanced.

Both the CPU and GPU use a variable clock frequency system, allowing the frequency to be distributed between the two based on the workload. This will allow unprecedented GPU frequency on a console, but will prevent developers from exploiting the maximum power of the CPU and GPU simultaneously.

PS5: a giant leap from the PS4

RAM has also increased a lot, and memory bandwidth has almost doubled. The mechanical hard drive is replaced by an SSD, which makes it possible to multiply storage performance by almost 100. Loading times will therefore be shorter, and “open world” games can be larger and more detailed.

Several technologies are also on the program, such as Hardware Accelerated Ray Tracing allowing more realistic lighting effects, the Tempest Audio Engine to support several hundred spatialized audio sources, the Geometry Engine, or a refresh rate of up to 120 Hz.

Thanks to these multiple improvements, the future PSVR 2 could offer performance comparable to those of PC VR headsets such as the Oculus Rift S or the HTC Vive Cosmos. In the meantime, remember that the first PSVR will be compatible with the PS5. However, Sony has just announced that not all headset games will necessarily be compatible with this new console ...

Pokémon GO - Save your candy for the second generation ❯

add a comment of PS5: the PSVR 2 will be able to compete with the VR headsets for PC