PSVR 2: a wireless virtual reality headset in preparation at Sony 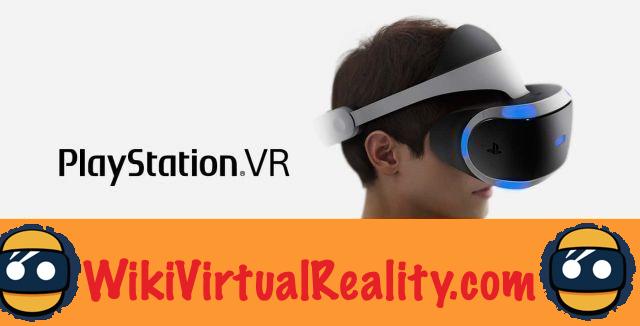 If you PlayStation VR is the best-selling 'premium' virtual reality headset To date, it is primarily thanks to the popularity of the PS4. With nearly 100 million consoles sold, Sony has been able to benefit from an incomparably large audience for its VR headset.

However, in terms of technical characteristics, the PSVR is far behind the Oculus Rift and the HTC Vive. The definition of the screen, the controllers, or even the tracking system are significantly lower on the VR headset from the Japanese entertainment giant.

However, in the privacy of its R&D laboratories, Sony is actively working on the successor to the PSVR. Thanks to the experience and resources accumulated from the first version, it is evident that the PSVR 2 will bring many improvements and provide an incomparable experience.

We already knew that Japan Display is preparing a screen three times sharper for the PSVR 2, or that Sony is developing a new tracking system for this future helmet. Today, a new patent confirms Sony's degree of ambition for this next device: the PSVR 2 could work wirelessly.

The document describes a headset that communicates wirelessly with an external box. The system would therefore be comparable to the official wireless adapter of HTC Vive, which allows the VR headset to be connected to a PC without going through cables.


For now, We do not know when the PSVR 2 will be unveiled by Sony. It is likely that the launch of this headset accompanies that of the PS5 which would also be focused on virtual reality ...

add a comment of PSVR 2: a wireless virtual reality headset in preparation at Sony