Samsung has created a 10 dpi display, enough for a "perfect" VR 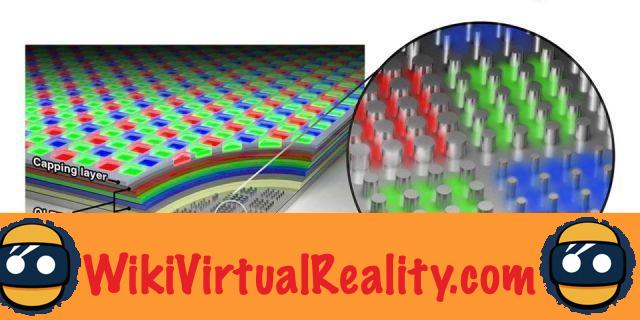 A perfect virtual reality (VR) imperceptible to the eye may soon be possible with a new 10 ppi (pixels per inch) screen technology invented by Samsung.

It is the result of a collaboration between the South Korean manufacturer and scientists from thestanford university. This screen could solve a problem often pointed out by VR users: the fact of seeing the space between the pixels placed so close to the pupil.

In fact, the Samsung screen could put an end to this major drawback. Concretely, it is an OLED panel which has a 10 ppi pixel density. This value is far superior to anything found on current VR headsets, such as the Oculus Quest 2, and even on any screen.

Samsung: a screen that solves the problems of OLED

La new OLED technology uses different films to emit white light between two reflective layers, one of which is silver. This process alters the reflective properties to produce specific colors through the pixels.

Fact, this design takes up much less space than on traditional RBG OLEDs, hence the high pixel density. On the other hand, it does not allow to reach the brightness levels of certain OLED TV screens.

This screen technology from Samsung could open the doors to a perfect VR free from the visual tyranny of OLED pixels. However, it will probably take a few more years before the computing power of headsets can support it.

That said, Samsung is already working on a large-format version of this screen. In addition, the original design of this slab lends itself very easily to mass production. Thus, we are practically sure that it will arrive on the market in the future. So it only remains to have a little patience.

Samsung could burn out Apple's priority with AR and VR headsets ❯

add a comment of Samsung has created a 10 dpi display, enough for a "perfect" VR