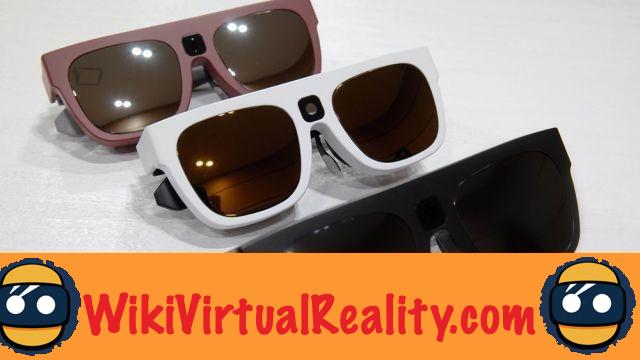 In 2017, as part of MWC Barcelona, ​​Samsung presented Relúmĭno. This Gear VR app was intended for the visually impaired. The sharpness of the images shot by the user's smartphone is automatically improved. Thus, nearsighted people can equip the Gear VR to see less blur.

Likewise, remapping allows people with central vision loss and similar issues to regain more detailed vision. It is also possible to zoom in or out, and even take screenshots. While reading text, the user can also use the color inversion feature for more readability.

Samsung: AR glasses with the functions of the Relúmĭno application

This is a great use of VR, but what is the real advantage of the Relúmĭno app over a traditional pair of glasses? This is precisely the question that Samsung seems to have asked itself. So in the near future, rather than having to don a Samsung Gear VR virtual reality headset, visually impaired people might enjoy the functionality of Relúmĭno with just a pair of glasses.

As part of CES 2018 which will take place from January 9, Samsung to unveil innovative new products from its C-Labs division. Among these futuristic prototypes, alongside a directional speaker and a breathing aid device, we will find a pair of Relúmĭno glasses this time based on augmented reality. 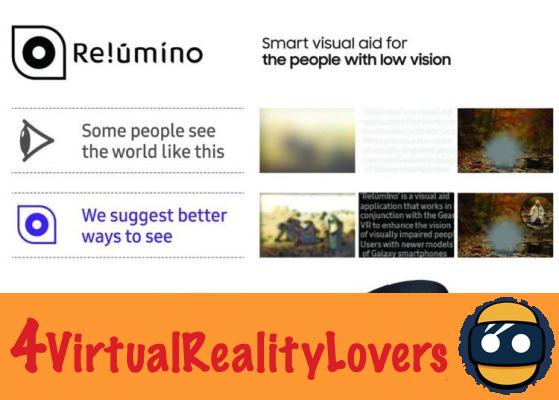 Concretely, Relúmĭno glasses are equipped with a camera and connected to the user's phone. The filmed images are transmitted directly to the user's Samsung Galaxy smartphone, and processed by its processor. The processed images are sent back to the glasses screen in real time to allow the user to see more clearly and sharply.


This technology is impressive, and shows that augmented reality can really improve our lives. However, it will undoubtedly take several years for this prototype to be marketed to the general public.

As a reminder, the C-Lab was launched in 2012 and enables Samsung employees to work on projects they are passionate about alongside their main activity. The products that result from these projects are not official Samsung products, and only a part of them materializes in mass production.