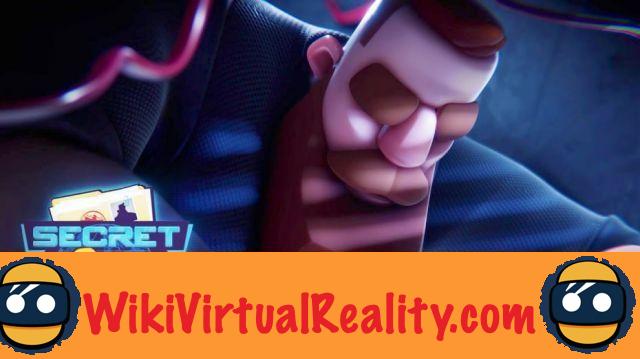 The Apple Arcade subscription video game service is enhanced with a new augmented reality game. After and, it is the fourth AR game available on the platform.

Entitled ”Secret Oops“, this new title is developed by the MixedBag studio. This is a cooperative action game, in which players use augmented reality to help the dumbest spy in the world run away from enemies.

The action takes place as many confidential briefcases disappear around the world. The SPY agency, run by pigeons, sends its best agent to investigate: Special Agent Charles.

Secret Oops: help the dumbest spy in the world accomplish his mission

Charles is the best spy in the world, but he's totally stupid. It fall into all the traps set for him : security cameras, death traps, robot guards ...

The player must therefore help him by placing the virtual game board, then using augmented reality to turn around and interact with the virtual world, talk and cooperate with the players in order to implement the perfect plan and execute it. A perfect cooperation is necessary for success, and communication is the key.

This multiplayer game is based on the Apple ARkit 3 framework for augmented reality features. The graphics are based on the Metal 2 interface.


From its launch, the game will offer two different worlds and 35 playable levels by one to four players maximum. Over the months, new worlds, levels and game mechanics will be added ...

Is Facebook using the Oculus Quest cameras to spy on you? ❯