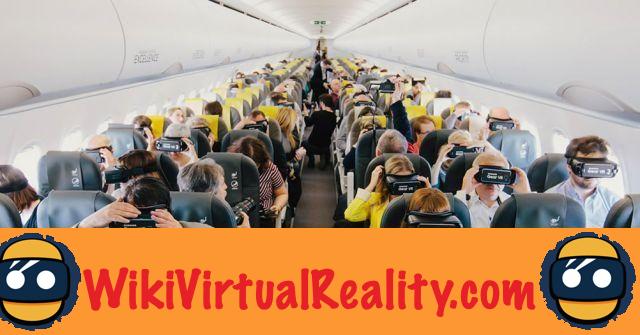 The region of Cantabria, in the north of Spain, is bordered by the Spanish Basque Country as well as the region of Asturias. This small region, both mountainous and maritime, celebrates the famous pilgrimage of the "Camino Lebaniego" and which is a jubilee year. In order to promote tourism, culture and pilgrimage, the region has launched a virtual reality operation in a plane of the Spanish airline "Vueling". 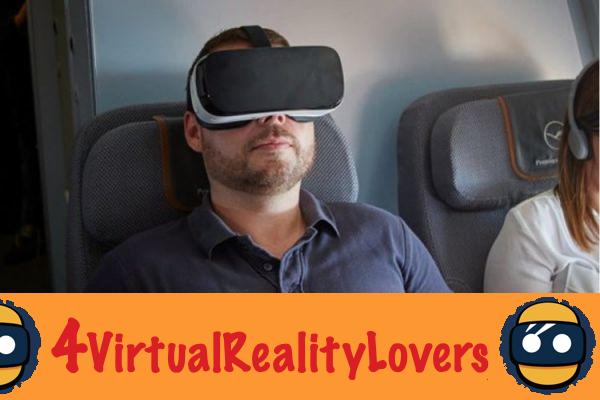 The Cantabria experience in virtual reality in a plane

Passengers on flight VY1590 from Barcelona to Santander were surprised to receive a Samsung Gear VR virtual reality headset in mid-flight. The experience, launched by the Cantabria region, enabled them to view a 5-minute 360-degree video showing the main attractions of the region of northern Spain on the pilgrimage route. The film projected in the helmets shows the wonders that are spread over the 72 kilometers of the famous “Camino Lebaniego” pilgrimage which crosses part of the Spanish region.

The virtual reality experience offered to travelers begins with the Pont de la Maza, passes by the Church of Saint Mary of the Angels of San Vincente de la Barquera then continues by the Muñorredo village there is no difference between two pilgrimages, that of “Camino Lebaniego” and the north route of Saint Jacques de Compostela. The virtual journey continues with the path of Cades, continue by Sobrelapeña fountain up to the Church of Saint Mary of Lebeña, a marvel of Arab-inspired architecture. The virtual tour continues through the deep gorges nicknamed "The esophagus of God" to finally reach the Monastery of Saint Toribio of Liébana in the village of Camaleño at the foot of the "peaks of Europe" where the largest section of the cross of Jesus in the world. 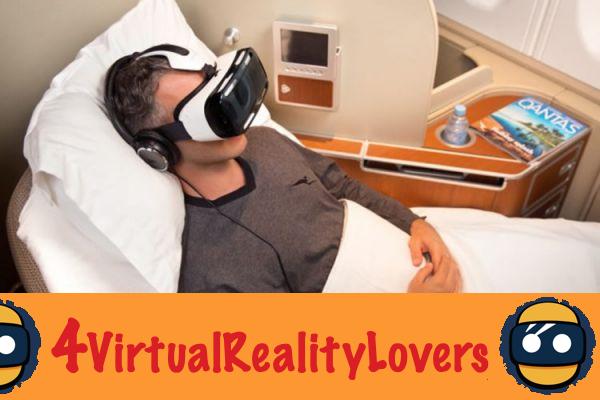 Virtual reality could invade planes in the future

The experiment carried out by the Cantabria region could be generalized to other planes. This is an option evaluated by various airlines keen to offer more comfort to their passengers. It is also an original and interesting way to pass the time in the sometimes long and boring flights of the long haul.

2 years ago, Australian airline Qantas notably offered Samsung Gear VR headsets to their first-class customers who were going to the United States. The experiment conducted by the airline lasted 3 months and was intended to assess passenger interest in such an offer.