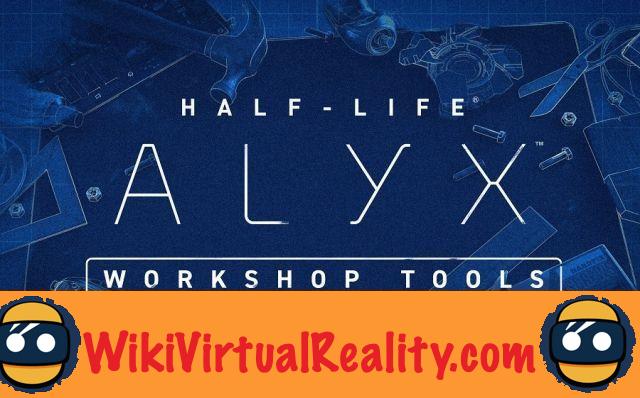 It will have taken a little longer than expected, but Valve has finally provided the workshop for Half-Life: Alyx. Initially announced for a simultaneous release with the game, it was nevertheless necessary to wait almost two more months. Players will therefore finally be able to add their own creations and breathe new life into the recent VR sensation. Indeed, the Workshop gives great freedom to developers of all kinds. According to Valve, this allows create new levels, but also objects, textures and even new animations for their game.

In the article announcing the availability of the Workshop, Valve emphasizes the imagination of the players, the only limit to the possibilities offered by these tools. However, it will probably not take more for talented people to come up with creations as crazy as they are revolutionary. This has always been the trend, already with the first Half-Life. Those who simply want to discover the new mods can browse the Workshop page and so take advantage of all the community additions.

Pre-recorded cards to serve as models

Valve states that this isa beta version that they will improve over time. For now, a mix of new features and updates comes with the tools, including:

Along with these tools are map templates created by the Half-Life: Alyx development team. In addition to giving examples of what can be done, Valve takes the opportunity to explain their creative process.


All information on the new tools for modding Half-Life: Alyx can be found here.