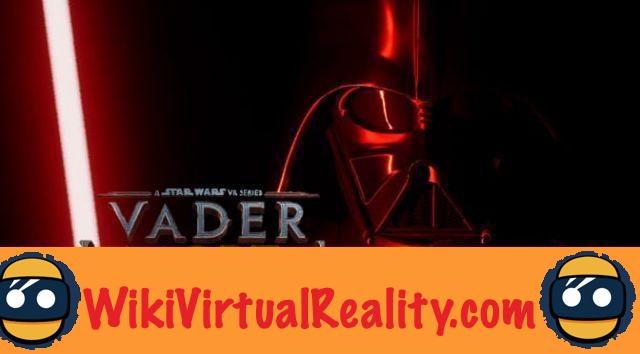 The Star Wars Celebration was held on April 12, 2019 in Chicago, and Star Wars fans were particularly spoiled. In addition to the sumptuous trailer for and information on the future Galaxy's Edge amusement park, Disney has (finally) unveiled the first trailer from the virtual reality movie Star Wars Vader Immortal Episode I.

As a reminder, is a new Star Wars trilogy, centered on the character of Darth Vader and entirely designed for VR. Although this trilogy was announced during the Oculus Connect 5 conference at the end of 2018, only a few images had been revealed so far.

This first trailer therefore tells us a little more about this highly anticipated film. First of all, we discover that the action will indeed take place in the fortress of Darth Vader, located on the planet Mustafar and introduced for the first time in the 2016 film. This new story in VR therefore takes place at the same time, between episodes III and IV of the saga.

The spectator embodies a prisoner who is desperately trying to escape of this sinister castle. Accompanied by a droid, aliens and equipped with a lightsaber, the character will try everything to save his life.

He will be called upon to fight droids, Stormtroopers and even Darth Vader himself. The trailer also suggests ship combat sequences and even a climbing scene.

A priori, Vader Immortal is not a video game strictly speaking. This is a movie, but interactive elements will certainly be on the program. Either way, the first person view will allow you to immerse yourself more than ever in the fascinating universe of Star Wars.


While the film was only announced for Oculus Quest, it will also be released on Oculus Rift and Rift S. However, for now, the release date has not yet been revealed. It is likely that the experiment will be launched by the end of 2019, for example for Christmas at the same time as episode IX ...