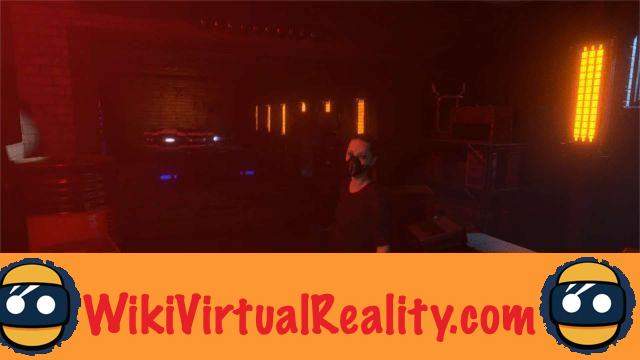 Low-Fi is undoubtedly one of the most anticipated virtual reality games of 2020. This game, set in a futuristic Blade Runner cyberpunk universe, is revealed more in a new video.

It's a fascinating cyberpunk universe. To finance the development of this game inspired by Blade Runner, the Iris VR studio has resorted to a Kickstarter campaign. While the Canadian studio hoped to receive 60.000 Canadian dollars to finalize its funding, more than 108.000 dollars were raised from 1.628 donors. The game in virtual reality will therefore see the light of day in 2020 and it is particularly anticipated. It is true that the cyberpunk universe mingles particularly well with an immersion in virtual reality.. In a new video, we learn more especially with the interview of Blair Renaud, one of these developers who discusses certain elements of the VR game to come.

Low-Fi is revealed more in video

According to their creators, Low-Fi is intended to look more like a "" than a game, a slice of virtual life in a Blade Runner future.. You play as a policeman who has just joined the police after the death of another policeman. The game is presented as a non-linear experience in which you have to create your own path in the world. You can choose to play the game to the letter as a police officer or find other ways to make money.

However, it is the Low-Fi gameplay that really stands out. The cyberpunk universe is very detailed. The characters are actor performances captured and digitized. The studio therefore promises very realistic characters like what you can see in the video above. No exact release date has been put forward for the moment apart from a wave in the course of 2020.