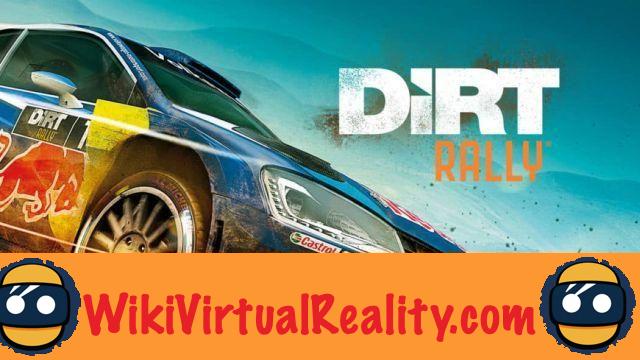 Released on July 11, DiRT Rally is, as the name suggests, a car rally simulation. This game comes from a license already well known to players and which we owe to the publisher Codemasters. This is the best car game available on the Oculus Stor to date.e, whether by its immersion, its realism and its gameplay. It is therefore normal that such a successful game is offered at such a high price of 49,99 €. It is compatible with the Oculus Rift and does not yet offer a mobile version.

In Road Rade you will take control of a vehicle on an endless road. As the name suggests, you will not be asked to drive safely but to destroy everything in your path. Reminiscent of games like Temple Run, this is a edgy and quite addicting game for those who like to let off steam after a long day.

Dashy square on the eye of the Rift

Dashy Square is an independent platform game old-fashioned which is reminiscent of the great classics of the genre. The difference is in the gameplay. Indeed, in this game, you will progress to the rhythm of various music. You will enjoy 40 songs produced by 22 different artists. Once again, VR and music come together.

TouchFish is an interactive adventure that will send you swimming with fish on the ocean floor. Rather successful and immersive, the game has a significant social component. You will be able to breed and advance your fish in this magical universe of the seabed.

Want a strong feeling? Ultimate Booster Experience propels you inside a thrilling attraction at the heart of a fun faire. The buildings are modeled extremely well, so you will really feel the emotions associated with this kind of experience.