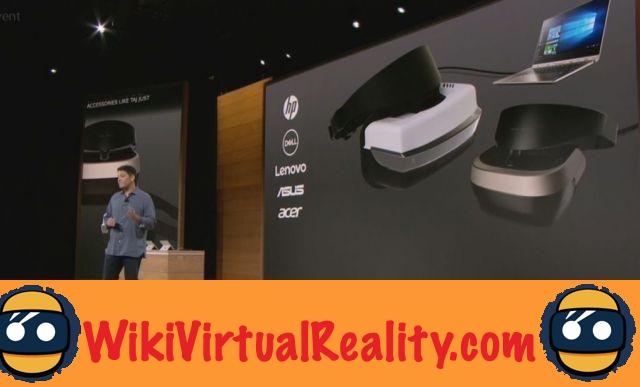 The Windows Mixed Reality platform and the various compatible headsets represent the next major milestone for the virtual reality industry. These VR headsets much more affordable than the Oculus Rift and the HTC Vive, which can work with most Windows 10 PCs and laptops, compatible with the Steam VR games catalog, will allow many consumers to finally access the joys of virtual reality. Marketed a few weeks before the end of the year holidays, it is very likely that these different devices will meet with phenomenal success.

Windows Mixed Reality: an event dedicated to two weeks of the launch of the WMR platform and headsets 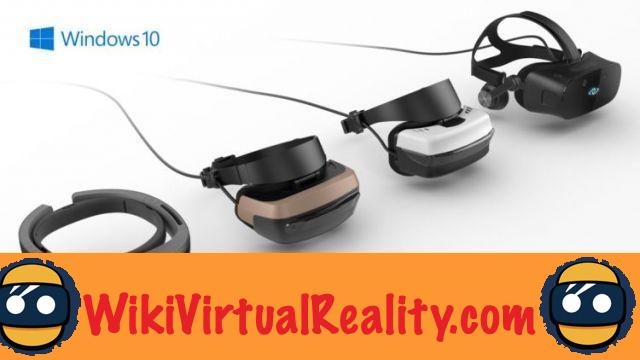 In this context, Microsoft is preparing to hold a official launch event dedicated to Windows Mixed Reality on October 3 in San Francisco, in California. According to the invitations sent to the press, this event will be the opportunity to discover "the next destination of Microsoft". This wording suggests that Microsoft actually believes in the potential of mixed reality and virtual reality. For the Redmond firm, VR headsets could indeed end up replacing PCs, or at least experience comparable commercial success. Kinect and HoloLens headset creator Alex Kipman will be speaking at the event.

It is very likely that Microsoft will take advantage of this conference to present the various Windows Mixed Reality headsets, as their launch approaches on October 17th. Remember that the first WMR headsets will be launched at the same time as the Windows 10 Fall Creators Update. The cheapest headset will be the one from Acer, offered for $ 299. Devices from Lenovo and Dell will be priced at $ 349, and HP's headset will be offered for $ 450 with its motion-sensing controllers. For its part, Asus will not launch its headset until spring 2018 for a price that has not yet been unveiled.

La popularity of these different manufacturers with the general public Should allow these headsets to attract many consumers, including those not necessarily interested in VR right now. In addition, it is very likely that many bundles grouping together PCs or laptops and WMR headsets will be marketed in 2018, encouraging users to try immersion in virtual reality.

For virtual reality fans, Windows Mixed Reality also has a few strong arguments. In addition to the games in the Steam VR catalog, the Windows Mixed Reality platform will also offer some exclusives such as Halo VR or Minecraft, the famous construction game bought by Microsoft in 2014. Large licenses whose popularity could be enough to attract many players. Likewise, the platform should offer many office applications for professionals.