An Apple patent for automatic adjustment of AR lenses

Apple has just filed a patent application on a technology allowing the automatic adjustment of the lenses of augmented reality glasses via proximity sensors. Explanations ...

It is certainly one of Apple's less well-kept secrets. There is no doubt that the apple brand is working hard on quality augmented reality glasses for the general public. Even if the leaders of the Cupertino company have never admitted to working on such a project, various elements prove that the American firm is working well on it. One need only look at the experts in the field hired by Apple, the work carried out with the ARKit, the start-ups specializing in this technology and related technologies or even the number of recently filed patents to be convinced. A new patent filed by the Apple brand adds, once again, proof to this interest. 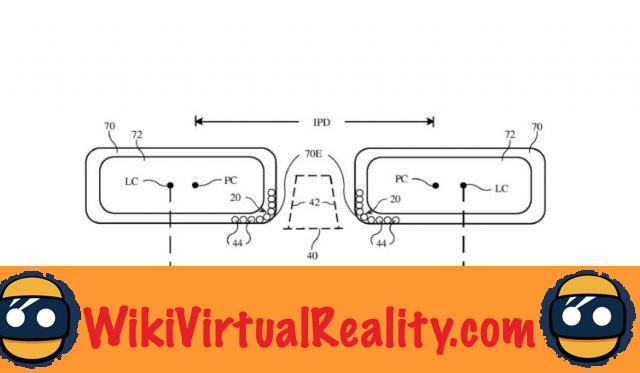 A patent on the automatic adjustment of augmented reality lenses

The most recent Apple patent application, filed with the US Patent and Trademark Office on February 27, could solve a major problem faced by companies working on augmented reality technology. Apple's patent application covers head-mounted displays with lenses for the eyes and accompanying support structure, control circuitry for projecting content onto the displays, and sensor circuits for adjustment automatically lenses.

According to the patent documentation, proximity sensors, along with interpupillary distance information, would be used to adjust the left and right lens positioners via actuators, motors or other electronic components while the user is wearing the device. Apple also describes several options for implementing the system, such as an array of proximity sensor capacitive electrodes to detect direct contact with the nose, ultrasonic proximity sensors that use sound to determine position relative to the nose, or infrared light emitting diodes to determine the position. The latter option seems very likely, given that it is similar to the configuration used in the iPhone's proximity sensor.. 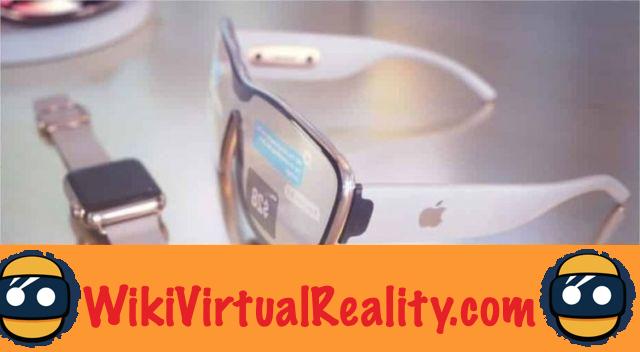 The automatic lens adjustment system would embody a marked improvement over current approaches to wearable augmented reality devices. At launch, Magic Leap needed a full LiftOff delivery service with set-up by an on-site representative to walk through the visual calibration. Meanwhile, North's focal lengths need to be tailored to each user. This required in-person adjustment until the company launched a Showroom app for iPhones with a True Depth sensor.


Although patents do not guarantee actual implementation, this particular patent showcases the kind of innovation that Apple would foster, where the technology "" and does not require a clunky setup and adaptation process. Apple's augmented reality glasses are long overdue, however, and we can't wait to see them.