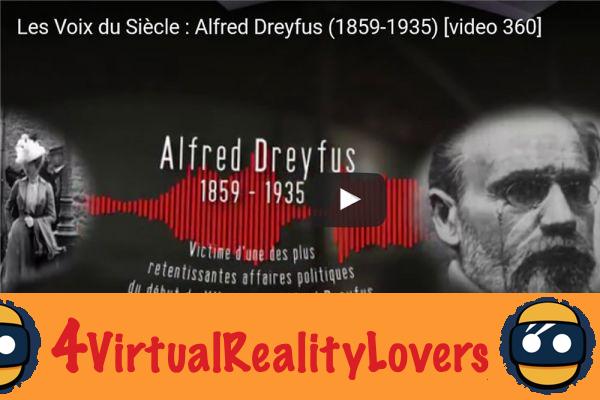 The international French-speaking television channel, TV5 Monde, broadcasts quality cultural and educational programs in French throughout the world. It brings together French, Belgian, Swiss, Canadian and Quebec audiovisual companies and is broadcast in more than 200 countries. This international French-language television is a real showcase for the Francophonie and offers many quality cultural programs. The channel now offers high-quality 360-degree videos on its YouTube channel, which you can watch here. 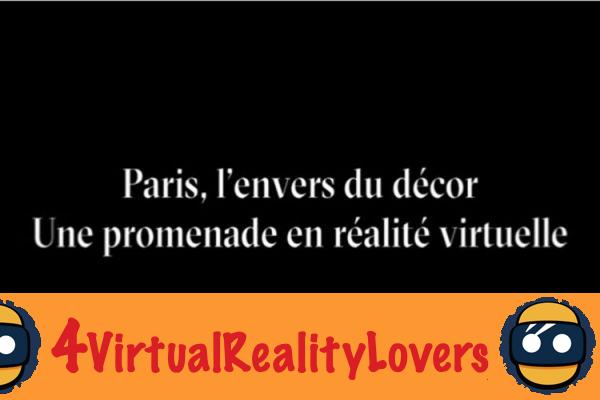 Paris, behind the scenes: 5-degree TV360 Monde videos to discover the capital from another angle

“Paris, behind the scenes” is a collection of 360-degree videos produced by TV5 Monde. These cultural videos in virtual reality allow us to see Paris from another angle. Discover lesser-known monuments of our capital in a VR ride during which your eye will land in new angles of view.

“Paris, Behind the Scenes - The Musée d'Orsay” is a magnificent 360-degree video that allows you to immerse yourself in a Paris steeped in history and art. This virtual reality walk allows us to discover the hidden face of this national museum which presents Western art from the end of the 19th century and the beginning of the 20th century.. This particular museum is in a unique place.

The Musée d'Orsay has effectively replaced the old Gare d'Orsay. This magnificent monument, which was once a palace before being burned down and left in ruins and then converted into a station, reveals its hidden side to us. Former terminus of the Paris-Orléans railway line, the station has been converted into a museum following a decision by former president Valéry Giscard d'Estaing. Discover this magical and cultural place in this 360-degree video offered by TV5 Monde.

"Paris, Behind the Scenes - The Town Hall" is an impressive 360-degree video that offers us an original and magnificent visit of the Paris Town Hall. This place of great beauty is particularly steeped in history. Formerly the Maison aux pilliers, this building has housed the municipality of Paris since 1357. Falling into ruin, it was then rebuilt in the form of a Renaissance palace by King François I. It is there that it acquires its famous facade in the purest Renaissance style.

Partially enlarged and rebuilt in the 19th century, its facade has been preserved but a fire during the commune of Paris destroyed the building in 1871. Rebuilt a few years later, the town hall regains its Renaissance type facade. The building is still the largest municipal palace in Europe. Discover this magnificent place in this 360-degree video by TV5 Monde.

"Paris, behind the scenes - L'Eglise St Eustache" is a video which allows you to discover this church located in the heart of Paris and which is also particularly steeped in history. This place of worship has known ceremonies of personalities from history. It is in particular in this church that were baptized in personality like, for example, Molière, Richelieu or even Madame de Pompadour. King Louis XIV made his first communion there. Many historical personalities were also buried there such as Colbert, Marivaux, Rameau or even Jean de la Fontaine.

The virtual reality video produced by TV5 Monde allows us to discover this magnificent place steeped in history. Its plans, inspired by those of Notre Dame de Paris cathedral, are as surprising as the mixture of Gothic and Roman architecture. Long considered a royal building, the television channel invites us to discover it as well as its decorations from the 17th and 18th century without forgetting its great organ.

Voices of the Century: 360-degree videos to relive history

With the 360-degree video series “Voices of the Century”, TV5 Monde has achieved a real tour de force. The international French-speaking channel has re-released recordings dating from the beginning of the early 20th century while adding vintage footage to a 360-degree video. TV5 Monde allows us to relive great moments of history with recordings of personalities who have changed the course of our history. Original and well-produced 360-degree cultural videos.

From a recording dating from 1929, this video allows us to listen to a speech given by Léon Blum which explains the roots that allowed the creation of socialism. The statesman presents his vision of socialism, not from an economic point of view, but much more economically. Accompanied by videos and period images, this 360-degree video, in an original format, takes us back to France at the end of the 20s and the birth of modern socialism, which many current politicians still claim to be.

Voices of the Century: Louis Lumière

An interview dating from the end of the 19th century in which the French engineer Louis Lumière explains how he developed, with his brother Auguste, the cinema. The inventor of the 7th art explains not only his discovery, but also the first shootings made as well as the first public screenings. The 360-degree video is accompanied by the very first cinematic images in history.

Voices of the Century: Marie Curie

The Franco-Polish physicist, Marie Curie, recounts the precarious conditions under which she discovered radium. This speech was made by the scientist in 1902 during the ceremony which celebrated the 25th anniversary of the discovery of the radioactive element. This 360-degree video is accompanied by a vintage image showing the physicist, her husband and elements of his laboratory.

Voices of the Century: Alfred Dreyfus

The Dreyfus affair shook our country at the end of the 19th century and was the source of a real major social and political conflict. The accusation of treason made against Captain Dreyfus has divided our society. Emile Zola himself signed a letter to the then president who has remained famous for his title “J'accuse…! ". Convicted and then cleared, the French captain of Jewish faith reads, in this TV5 Monde VR video, an extract from his memoirs while emphasizing the importance of his rehabilitation, all accompanied by period images..

Voices of the Century: Guillaume Apollinaire

In this virtual reality video, the French poet of Polish origin performs “Le pont de Mirabeau”, one of his most famous poems. The recording, made some time before the outbreak of the First World War, is accompanied by period images, in particular of the First World War that bloodied Europe.

Voices of the Century: Sarah Bernhardt

With this recording dated 1903, TV5 Monde offers us a 360-degree video during which the actress Henriette-Marie-Sarah Bernardt known as Sarah Bernhardt performs “La Mort d'Izeil” by Maurice Bernhardt, her only son. This virtual reality video accompanied by images of the actress allows us to listen to the special voice of the French tragedy who is still considered the first star of cinema.