Nintendo Switch: a developer defends the VR Labo, it's just the beginning 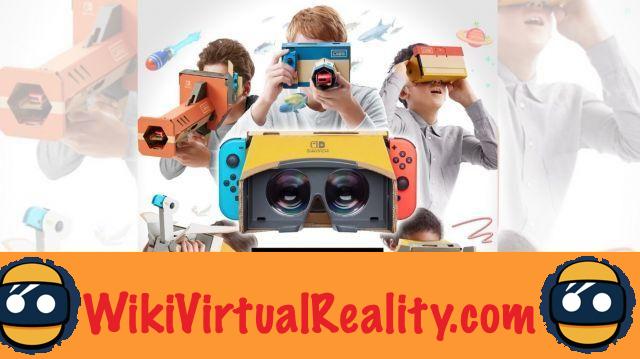 In early March 2019, Nintendo created a surprise by finally announcing a virtual reality headset for the Switch. However, the unveiled device is very far from Sony's PSVR for PS4...

The ”VR Kit” is a new ”Toy-Con” for the Nintendo Labo. As a reminder, the Toy-Con Nintendo Labo are cardboard toys to assemble yourself to create interactive games compatible with the Switch.

In fact, the VR Kit is a cardboard VR headset worthy of the Google Cardboard available since 2014. While Cardboards are used with a smartphone as a screen, Nintendo's VR Kit is used with the Switch.

De many fans did not hide their disappointment facing this device, to say the least rudimentary. In their eyes, the Switch's screen definition is too low for it to function as a screen for a VR headset worthy of the name.

Nintendo Switch: the VR Kit is the first VR headset designed for children

Cepenfant, faced with many criticisms, a VR game developer by the name of Alexander Mejia decided to speak up in defense of Nintendo. Since 2014, the founder and CEO of Human Interact has been working on his virtual reality game "Starship Commander".

In a video posted to YouTube, Mejia shares her point of view. According to him, the VR Kit is a product intended above all for the youngest. It is therefore not a system designed to compete with PSVR or PC headsets.

As proof, the developer emphasizes the fixed interpupillary distance of the helmet. This distance is nearly 10 millimeters shorter than the maximum distance of the Oculus Rift and HTC Vive. So it seems clear that the helmet is designed for a child's face.


However, according to Alexander Mejia, this is clearly for Nintendo from test the temperature of the RV market. If this first test is successful, the Japanese firm will probably not hesitate to continue its momentum with more sophisticated products.


And you, what do you think of the VR Kit? Are you disappointed? Do you share Mejia's opinion? Let us know your opinion in the comments !

Pokémon GO - How to capture Metamorph?

Pokémon GO - How to find your Pokémon without Pokevision?

Add a comment from Nintendo Switch: a developer defends the VR Labo, it's just the beginning