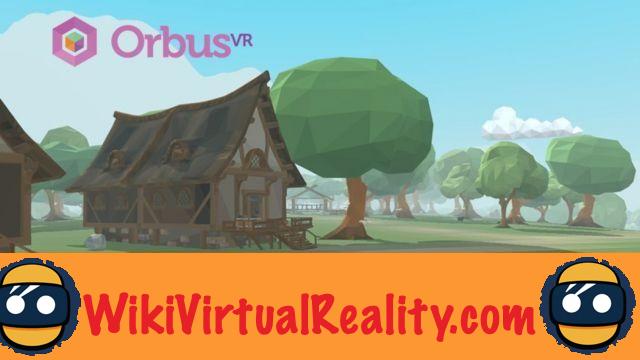 Funded in March 2017 through a successful crowdfunding campaign on Kickstarter, Orbus VR is the first virtual reality MMORPG. Created by Ad Alternum, a team of six developers passionate about the genre, the title offers a gigantic open world allowing thousands of players to meet in virtual reality to play together. In addition to numerous quests to accomplish alone or in groups, the title includes dungeons to explore in groups of five players, huge bosses to fight in groups, and player-versus-player battles.

Orbus VR: a game combining the traditional elements of an MMORPG with the possibilities offered by VR 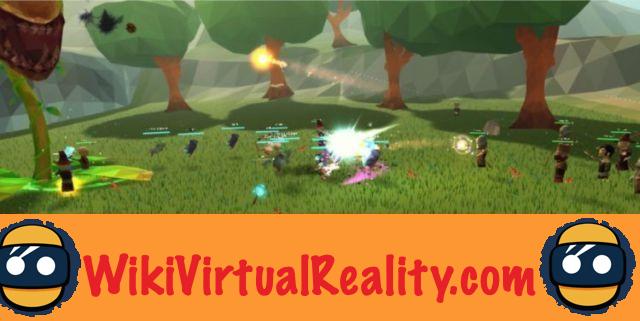 Through this game, the developers want to combine the traditional elements of MMORPGs such as quests, dungeons, sword fighting and spells and the social aspect with the immersion possibilities offered by virtual reality. Indeed, if one does not count any more the MMORPG of more or less good quality on computer, one does not find currently no virtual reality MMORPGs. So Orbus VR presents itself as a leader.

Several closed beta have been organized since the start of development, and we had the opportunity to try Orbus VR during the open beta in July 2017. At the time, we were very seduced by the feeling of immersion offered. by Orbus. After a few hours of play, the player really has the impression of being immersed in this fantasy virtual world and playing his character. The title is a real tribute to the great classics of the MMORPG like Everquest. The gameplay also takes advantage of the possibilities offered by virtual reality headsets and their motion-sensing controllers.


Admittedly, the graphics are not very impressive, and the content is not as substantial as in a game like World of Warcraft. It should be remembered that the game is developed by 6 people, with a budget of only $ 34 raised on Kickstarter.

In total, Ad Alternum promises 20 hours of play for the main adventure, 4 dungeons for five people, 9 areas of more than 10 square kilometers, including areas intended for high-level players with omnipresent dangers and the possibility of attacking other players. There are also 4 different classes (ranger, musketeer, mage, warrior), and two professions: alchemist and artificer as well as the possibility of fishing. Numerous communication features will allow players to interact.

Orbus VR will be available to the general public from December 15, 2017, early access on Steam VR. Unfortunately, by choosing to offer a paid game, Ad Alternum risks encountering difficulties in uniting a massive community. In the VR market, even free-to-play games are struggling to attract many players. However, an MMORPG needs a lot of players to be really interesting. Only the future will tell Sir Orbus VR is destined for success or failure.

15 ways to use virtual reality in events ❯