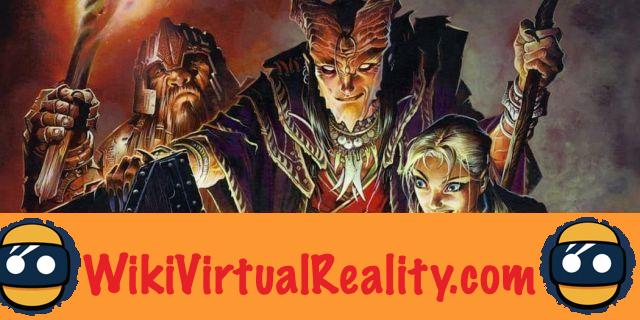 For the uninitiated, the paper role-playing game is a form of board game which does only limits the imagination of the players. There are two types of participants: the game master, or GM, and the players. The GM will tell the story, describe the people, places, goals and the players will be the main protagonists who will move forward and who together (or not), will try to progress. There is no end, just storylines or campaigns that follow each other as long as the players want. It is a great adventure governed by the conditions of a rule book that the master of the game must know. It contains all the equipment, races, abilities and conditions to solve various situations. 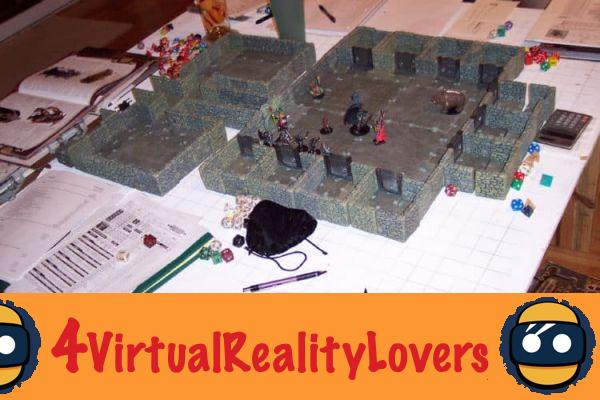 The benefits of augmented reality for role-playing

With a colossal number of rules, character sheets, dice and sometimes complex situation resolutions, role-playing is a passionate hobby that can turn out to be complex at first, even confusing. With augmented reality, it would become possible to entrust some of the most redundant rules to, for example, augmented reality glasses which could display in front of the player his entirely virtual character sheet with his equipment, his objects, his statistics. It would be possible to take the objects to have more details on them, just like you would in a video game.

When we mention this idea to Nathan Stewart, director of the famous Dungeons and Dragons franchise, he seems most enthusiastic and he explains that he sees new possibilities in augmented reality. He compares technology to the possibilities that software and sites like Roll 20 have offered. Roll 20 is a website allowing users to practice role-playing paper remotely from their computer. The site simulates a gaming table, and all the players meet in voice, sometimes with their webcam, and play together remotely. It then becomes possible to transmit information discreetly to a player, provide him with a letter for example, without alerting the others. Very practical tools, reserved for the GM. The computer taking care of resolving certain concerns.

With augmented reality, it would then become possible to transpose the qualities of Roll 20 around the same table. Traditional and modern ally. Something to leave gamers dreaming and in some time, why not, the use of holograms to play from a distance as proposed by Magic Leap.

Either way, we can't wait to see how RPG evolves with these new technologies, hoping that powerful brands like Wizards of the Coast (Dungeons and Dragons) will make efforts in this direction.

add a comment of Paper role-playing and augmented reality: a possible future