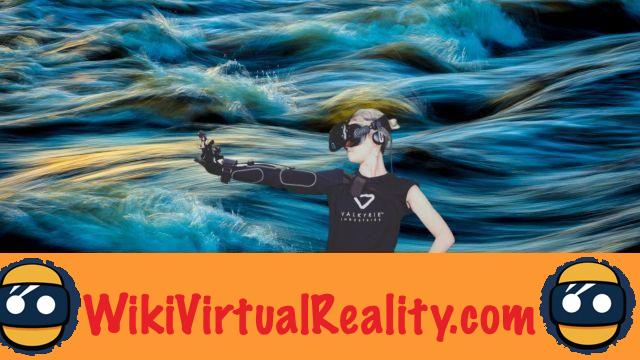 There is no doubt that the future of virtual reality depends on haptic combinations. As in the film Ready Player One, these sets will allow the user to feel the physical sensations that their avatar experiences in VR. The feeling of immersion will obviously be increased tenfold.

Such adornments could be ideal for gaming, but also for business use. This is the bet of the London company Valkyrie Industries, which is developing a VR haptic suit specially designed for professionals.

In its current iteration, this combination is nicknamed "Iron Man v.1" by its manufacturer. For good reason, it is reminiscent of the first film of the Marvel Cinematic Universe with its visible cables and its various components printed in 3D.

Thanks to electrical impulses, the system stimulates the user's muscles to simulate the sensation of resistance and touch. It could be used by companies for various use cases. It would be possible in particular to use it for training in dangerous and complex tasks, or to allow remote handling of objects.

Obviously, video game fans would dream of such a combination to be able to grab the objects in their favorite VR game. However, at present, the cost of materials needed to produce this set is around $ 1500. As saying that the cost may be prohibitive for the vast majority of gamers. While waiting for prices to fall, this system should therefore remain the prerogative of the wealthiest companies ...

Pokémon Go Circuit Kanto: how to capture Mew Shiny for the 25 years of the saga ❯