Virtual reality headsets can induce the illusion of invisibility in users, which helps reduce social anxiety.

Since the 1897 publication of HG Wells' novel The Invisible Man, the world of science fiction is fascinated by the idea of ​​invisibility. While the cloak that allows you to disappear has not yet been discovered, a team of researchers has shown that it is possible to make a person believe they are invisible by using a virtual reality headset. Their study further indicated that the illusion of invisibility could help people better manage stressful social situations. 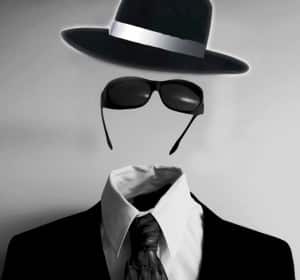 Progress of the experiment

Neuroscientists at the Karolinska Institute in Sweden have asked 125 people to wear virtual reality headsets. Participants had to stand and look down. But instead of seeing their body, participants saw either the body of a mannequin or an empty space where their body should have been. 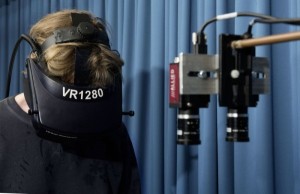 After that, participants were asked to rate their perception of their body during the experience. Most of them described a feeling of invisibility and, more generally, a change in their body perception. For researchers, this proves that the illusion did work.


In order to show the effectiveness of the illusion, the researchers added an element: to stab into the void while giving a brushstroke on the participant's body. This one had cold sweat upon seeing the knife, indicating that the brain views the threat to empty space as a threat to the subject's body. 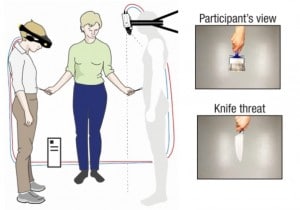 The study also sought to identify the role that the feeling of invisibility could play against thesocial anxiety. To do this, participants were placed in front of a crowd of strangers. It appeared that those who had experienced the invisible body just before had a lower heart rate and perceived stress level to those participants who had not experienced it.

The Stockholm research team hope the results of this study will be useful for future clinical research and will play a role in the development of new therapies against social anxiety. Elsewhere, virtual reality is already being used to help autistic patients, or amputees suffering from phantom limb. The invisibility cloak of tomorrow may not be what we imagined but if virtual reality headsets become powerful therapeutic tools, it is not science fiction enthusiasts who will find something to complain about!

add a comment of Virtual reality makes you disappear