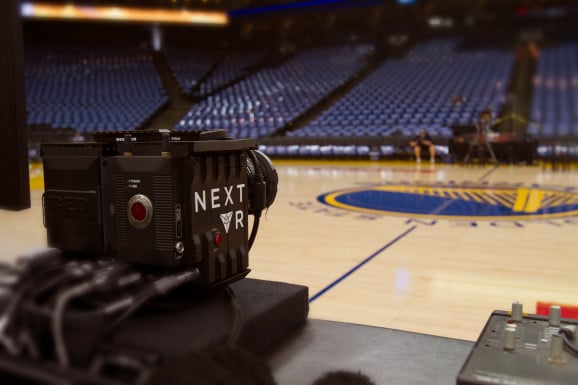 We reported to you at the beginning of April that Apple had probably bought out the startup NextVR. News not confirmed at that time, it is now done. Indeed, the Bloomberg newspaper announces thatan Apple representative validated the information. The buyout went well. However, the journalist does not specify the amount of the transaction, estimated at 100 million dollars. In addition, the startup's website has become empty of all content and only the “NextVR is heading in a new direction” indication remains.

NextVR specializes in virtual reality retransmission of very real events. This concerns live music in concert, but more particularly sporting events. Indeed, its success comes among other things from its partnership with the NBA. The startup's application therefore makes it possible to follow the broadcast of matches of the American professional basketball league, as if we were there, at the edge of the field.

A transition to augmented reality for NextVR?

It is therefore not surprising to see giants like Apple taking an interest in this kind of technology. However, the firm at the apple has never really shown interest in virtual reality, but rather in augmented reality. In this regard, a recent report by financial analyst Ming-Chi Kuo predicts that their AR glasses should be released in 2022. This character has made a reputation for predicting the releases of future products of the Californian company. However, it is often right. So while we might assume, we can't say for sure that the NextVR buyout will participate in this endeavor. Especially since apart from confirming this purchase, Apple has not yet left any other comments.


How will NextVR evolve under the tutelage of Apple? Hopefully, we won't have to wait too long to find out.

add a comment of Apple confirms its takeover of NextVR startup