Facebook and Valve, two different visions of VR in 2019 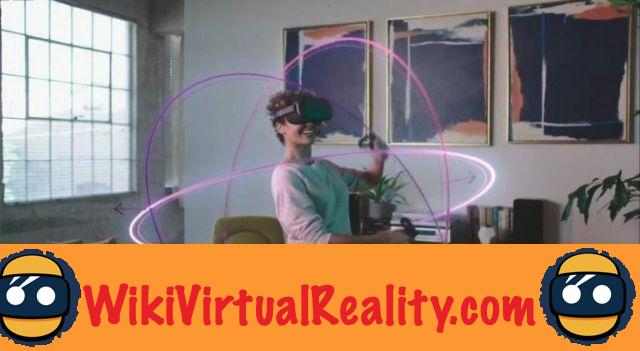 Valve is an atypical company. Mainly known for Steam, she has yet embarked on VR by accompanying HTC on LightHouse technology. However, now is the time to work on its side ...

A second-generation helmet for Valve in 2019

Among the high-tech companies that know how to wield secrecy, Valve occupies a good place but 100% effectiveness of secrecy is almost impossible as a recent revelation has shown. The company is therefore in the process of preparing, for 2019, a headset with an integrated display, designed directly under the Valve brand.. This virtual reality headset should in particular integrate the second generation of the SteamVR tracking system.

On the program, we should have the right to a larger FOV (Field of View), better tracking in space and Knuckle controllers threaded to the hands. An approach that should delight developers about the possibilities it offers. However, it is also equipment that would not meet the main needs: a falling cost and a wireless headset. Two essential characteristics for virtual reality to begin to reach a large audience.

This is where Facebook comes in. For Mark Zuckerberg's company, the time is no longer for prospecting but for profit. From the start of 2019, we should have the right to Oculus Quest virtual reality headsets sold at $ 400, and possibly able to explode the market. Weight advantage, Oculus arrives with fifty titles for the launch. It is undoubtedly this strategy which recently pushed the departure of Brendan Iribe, the co-founder. We can even risk thinking that the "RIFT S" will use the same tracking system as the Oculus Quest. in order to push towards a standardized system and therefore also to parts that can be used for a helmet or another of the company.


This could greatly simplify access to Rift for users. Especially, at this price, one can imagine that Facebook does not really care about the financial losses on the hardware.. With a hell of a lot of money, the company can take risks in order to impose, from 2019, the Oculus Store as the benchmark market for virtual reality content. The experience of the smartphone, now divided between Android and iOS, shows that places are limited. This is where Valve's main chance to get out of it ultimately remains.. A slightly “cheap” approach to the hardware in the competition could have negative consequences in terms of what developers can do. It is between these two approaches that the VR battle will be fought in 2019.

The two giants therefore have two completely different approaches for the year 2019. Does one have the paying strategy and the other the wrong choice? It is still too early to tell and to know if the two strategies are viable and will find a following or if one is doomed in favor of the other.