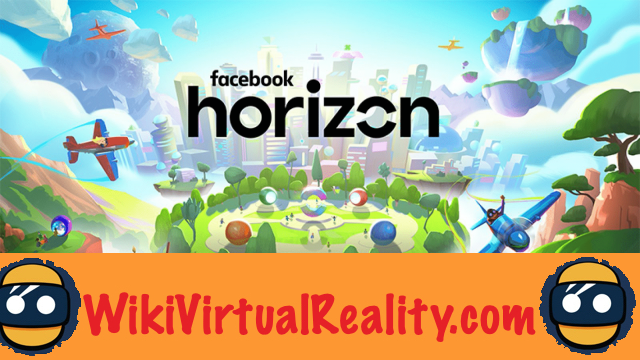 However, interested users will need to sign an NDA (a Non-Disclosure Agreement). Unveiled in September, this new Facebook application allows players to create their worlds and avatars as well as live VR experiences with their friends.

In fact, Facebook had promised in September a launch of Horizon in 2020 with a closed beta test phase at the beginning of the year. A Reddit user posted a screenshot revealing a Facebook email. We see an invitation to test the Alpha version of the platform.

Beta is expected to occur in the coming weeks or months. However, according to the email, we can no longer register for the Facebook Horizon Alpha test. Indeed, this one mentions last Friday as the deadline to accept the invitation, for a start later this month.

To justify the use of NDAs, Facebook argues that Horizon is still in its infancy and that many improvements are to be expected. 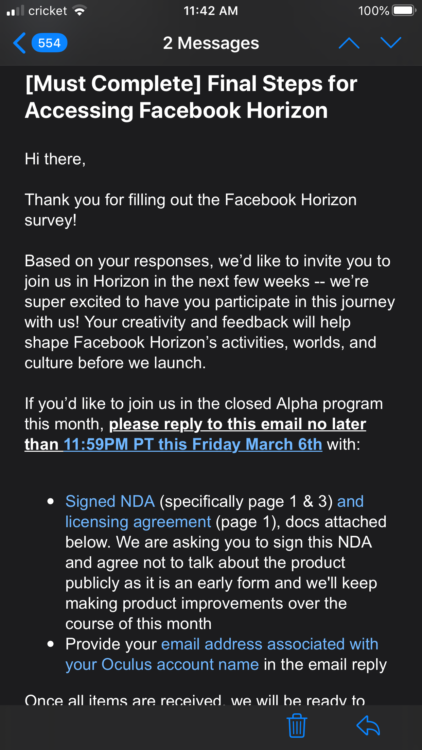 A Facebook statement sent to the UploadVR site confirmed the authenticity of the invitation and the imminent start of the testing phases. If we are to believe the invitation posted on Reddit, this Alpha phase of Facebook Horizon should only last about a month. Thus, the closed beta will probably begin in April, respecting the schedule announced in September.


In any case, no release date has yet been officially announced. However, we know that the platform will be compatible with Oculus Quest and Rift headsets. Those who are interested will be able to register for the closed beta. on this page.

VR games and cybersecurity: what are the risks associated with virtual reality? ❯