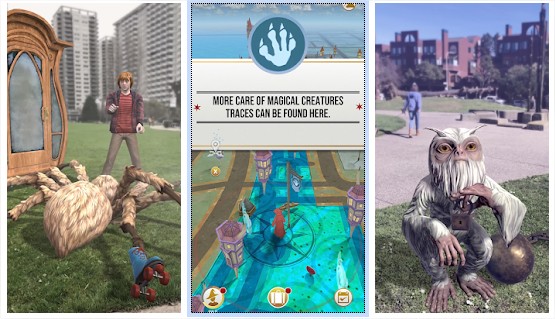 Niantic has just given a preview of "Harry Potter: Wizards Unite" to the press. The opportunity to discover the gameplay of the game in augmented reality and have a nice surprise.

After the phenomenal success of "Pokémon Go", Niantic had to do it again by improving its concept but always with a world that is passionate. It is therefore in the magical world of Harry Potter that the company plunges us. A time announced for the end of 2018, "Harry Potter: Wizards Unite" will be released this year. Niantic has just offered journalists to test the game a bit in augmented reality and discover its gameplay. Positive first impressions and a nice surprise at the rendezvous.

Unlike its predecessor, Niantic wanted to add a real story to this augmented reality game. "Harry Potter: Wizards Unite" therefore offers a whole narrative that is more original for this game eagerly awaited by fans. Players will therefore follow a whole story and attempt to defend the world of witchcraft from a calamity. Like "Pokémon Go", "Harry Potter: Wizards Unite" requires the player to leave his home.

The comparison with its predecessor stops there because here everything is different. You will need to cast spells, defend yourself against evil entities and collect items. Cooperation is also essential, especially with fortress fights. Even if this is only a first approach, the result is very positive. Adding a real story to the game is a real welcome addition. The gameplay is also interesting. Even though no release date has been announced, it is already possible to pre-register now here.

add a comment of "Harry Potter: Wizards Unite": first impressions and a surprise