HP delivers its vision of augmented reality with the Aurasma app 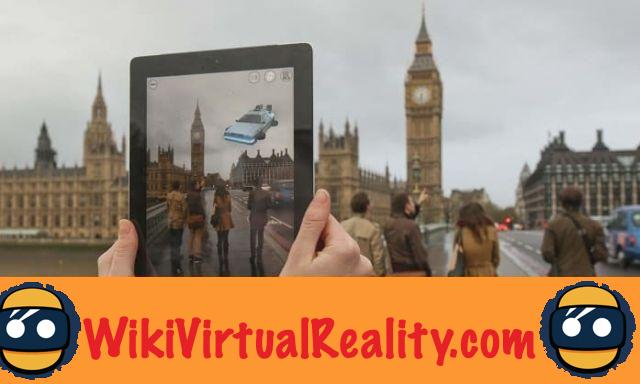 Aurasma, what is it?

Aurasma is an application, available on AppStore et Play Store, which allows users to enjoy augmented reality experiences realized by and for the users themselves. Indeed, one can easily, since its smartphone or tablet, embed a picture or video on an element of reality. 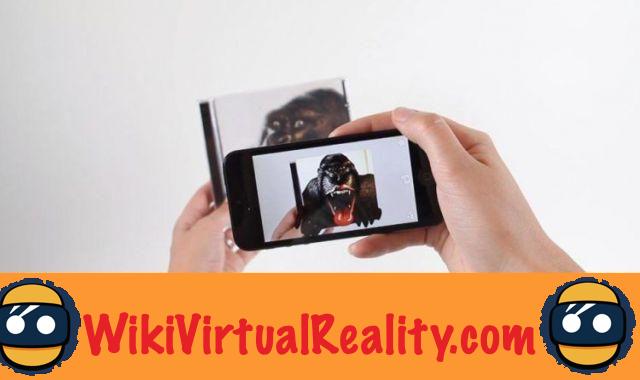 The idea is to see another photo (or video) from an image or object previously chosen. The application allows you to share your creations with other users of the application. For example if a user creates an “Aura” from a 20 euro banknote, another user who aims with the application for a similar banknote will see an “overlay” appear, the virtual object chosen by the creator of the will have.

Aurasma, cow does it work?

An aura is a trigger, which when targeted using the app, shows an image or video in augmented reality. Books, cardboard packaging, chair, coin… Any physical object can become an Aura. 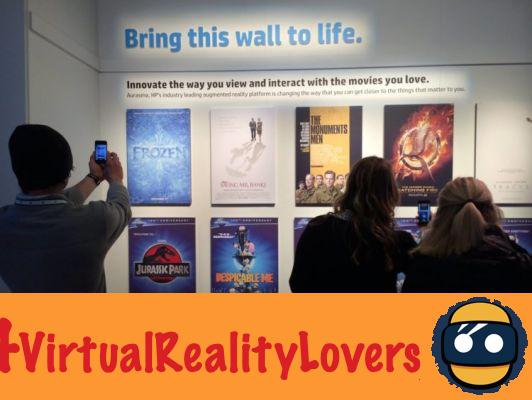 Creating an aura is pretty straightforward. This is'associate an image, named Trigger or Aura within the application, with another visual (image, animated GIF, video or even 3D animation), the overlay. It is then necessary to go through the Aurasma application to take advantage of the experience in augmented reality, fruit of the association of two visuals selected by the user.

The possibilities offered by this application are numerous. It allows you to create interaction from everyday objects. We can imagine creating Auras from pieces exhibited in a museum, so that each visitor can learn more about the work, discover other works of the artist, or even show a video presenting the creation of this work. . Beyond the technique, the Aurasma application also benefits from a strong educational potential. Thanks to HP, it is quite possible to enrich the learning materials. In terms of entertainment, one can imagine an improved card game. The possibilities seem almost limitless.


Finally, the marketing and advertising areas could also benefit from Aurasma. Placing a marker on a poster would allow owners of the application to see a promotional video of the product in question, or to display a technical sheet, or even a route leading to a point of sale. 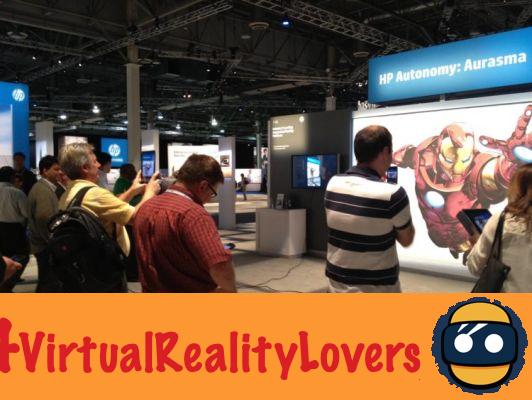 The application has already been used by many brands for communications but also in other areas. Here are a top 5 of the best uses for this app:

For the communication of the Star Wars Week End 2014 show, Disney used Aurasma to unveil a video containing exclusive information on the characters of the saga. For this, Auras were present on the event map, on the logo or even on the T-Shirts for sale.

For the release of The Amazing Spiderman, UNIQLO has launched a series of T-Shirts that incorporate an Aura. The overlay allows you to observe Spiderman swinging from building to building. Visitors purchasing the T-Shirt were also able to participate in a contest with a trip to New York at stake. For this, it was enough to scan postcards or posters in the brand's stores.

Kellogg's partner of Marvel, had, for the release of The Amazing Spider-Man, integrated an Aura on no less than 80 million boxes of cereal. Consumers could scan the cereal box to view exclusive scenes from the film and participate in many other activities.

Mike's Hard Lemonade has added an Aura to their lemonade packs. The overlay is very well done, probably the best of this top. Animated and 3D characters appear on your screen, as well as an airplane that shoots messages to the attention of the brand's consumers. 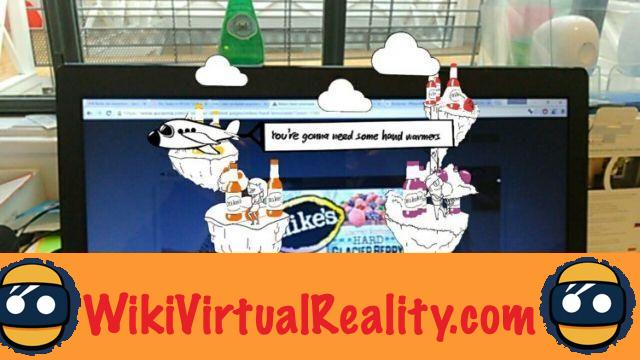 For the promotion of Rob Zombie and Black Sabbath's latest album, the covers served as Aura. The user could see bats appear on their screen as well as a link to the trailer for a movie directed by Rob Zombie, The Lords of Salem.

1/ Download the application Aurasma on AppStore or Play Store. Launch it.

2 / You arrive on the application's camera, it allows you to target Auras to make augmented reality appear there. To access the menu, go to from the application logo.

4 / You have the choice between Library and Device. The first are the Overlays integrated into the application, small animations with sound. "Device" is for search for an image or video which will be your Overlay, from your smartphone or tablet.

5 / Go to " Device »Then the« + Which is at the top of the page. Choose the Overlay you want to do appear. Give it a name in the next step.

6 / From there, you are asked if you want to create an Aura for this Overlay. Once you have done "Yes", the application launches the camera. At the bottom of the screen you have a cursor, when it is in the green it is easily recognizable. Make it stay in the green.

7 / The Overlay is displayed in the input area. You can resize, move and rotate it. It can come to cover the entire trigger element or be placed outside the zone.

8 / The Aura description page appears. Name is required. You can choose whether it will be visible to everyone (this requires an Aurasma account) or whether it should be kept private. Here you can also define the channel to which the Aura will be attached.

9 / Here you are, you have finished creating your Aura and having linked an Overlay to it, now take the test, go back to the application's camera, target your aura and admire the

Apple: augmented reality bowling game is all the rage at WWDC 2019 ❯