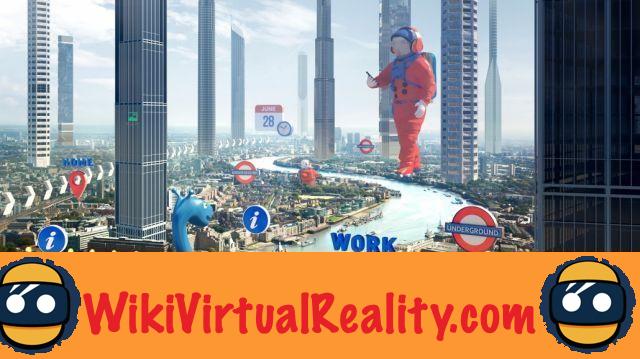 In order to allow the creation of augmented reality applications, several companies have already set about mapping landscapes, buildings and even roads in 3D. The British startup Scape Technologies, for its part, sees the big picture and plans to map entire cities.

I signed it to already carried out the 3D mapping of London and San Francisco, and plans to do the same for around XNUMX cities around the world based on data collected by cameras with computer vision capabilities.

These 3D maps will be stored on Scape's servers, and smartphone users around the world will be able to access them. The startup is already promising geolocation features whose accuracy will exceed that of GPS. The smartphone will be able to detect the user's position with accuracy based on the images filmed by its camera.

Scape is the first startup to map entire cities in 3D

In addition, it will be possible to place AR content anywhere in the city. This content will be persistent, and can be viewed by other users simultaneously. This so-called “AR Cloud” technology already existed, notably offered by Google ARCore or Apple ARKit, but not on the scale of entire cities.

For example, a restaurant could create augmented reality indication panels in order to guide users to its brand. Likewise, planners will be able to preview changes in augmented reality before deciding whether or not to start work in the real world.

In addition to AR application developers, Scape's technology could prove very valuable for multiple industries such as those of drones, robotics or autonomous vehicles. These different types of devices will be able to use 3D maps in order to locate themselves in space with precision.


In order to demonstrate its innovative technology, Scape created an augmented reality multiplayer game called "Holoscape". In a preview video, we discover a public park transformed into a drone as well as a combat zone in first person view for players with smartphones. A promising overview, which suggests that Scape Technologies could well become a major player in the augmented reality industry.