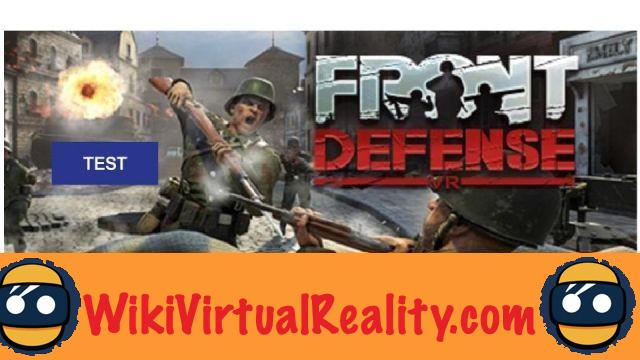 Front Defense VR is a VR shooter that projects the player into an era that strangely resembles World War II. Available on HTC Vive, the player has a substantial arsenal against enemies speaking German.

The game opens without any real explanation or narrator. According to the clues disseminated in particular the menu which shows a room with an overhead projector, the game would take place around the Second World War. This is confirmed by the graphic style of the decorations of each of the missions. 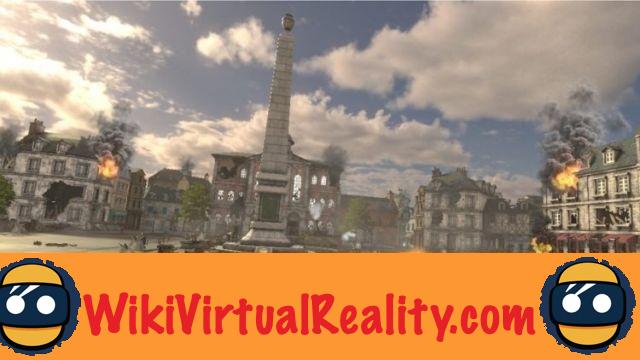 The game's three unique missions take place in a street style very European reminiscent of the settings from the movie “Saving Private Ryan.”; In addition, the player plays an American soldier with an unknown name dropped in this context. And to my surprise, the antagonists are soldiers who speak Goethe's language. The confrontation does not pour into a primary Manichaeism since it makes no value judgments. They are just enemies to be taken down.

This game has a very simple operating system. The latter is also highlighted within a tutorial placed before each mission. Thus the player will be able to tame each weapon on a case-by-case basis in order to be operational at time H. To do so, everything happens via the HTC controllers. The trigger is first used to grab the desired weapon. Then, using this same trigger, shoot the weapon. 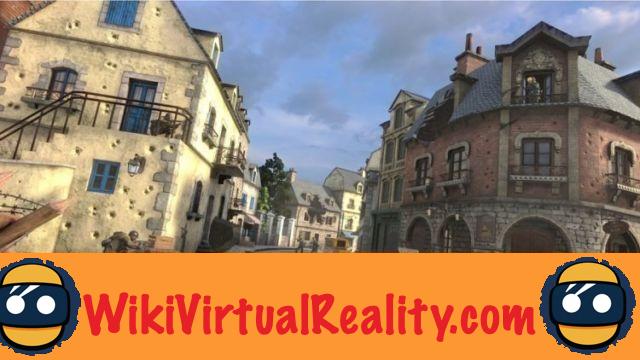 You thus have at your disposal a machine gun, a bazooka, a machine gun and a handgun. A downside all the same on the handling of the machine gun whose grip is not ergonomic. In the next level, it is even possible to call in air support. You don't have to move to complete the level going from point A to point B. Hidden behind sandbags, you must hold your position accompanied by two comrades while waves of enemy soldiers come to attack you.

Therefore, we have come to grips with the major problem with the Front Defense system. Either the level of difficulty is extremely high or it is simply impossible to complete the level. It comes at a time when the enemies are far too numerous and the player is overwhelmed. The game is made up of three levels which are unlocked with the player's cumulative scores. In short, the major system is to play, then die and start over. 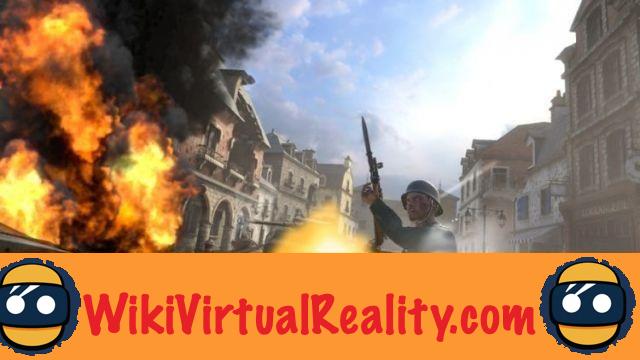 Regarding the enemies these are diverse and varied. If they all look the same, they have different weapons. Some are equipped with machine guns, others with bazooka or grenades. Finally, some come directly to attack you in melee with bayonets. Your character has a helmet but also a packet of cigarettes and a zippo lighter which will be used for animations as a preamble to the level.

As for the graphics of the game, these are not really exceptional. If the details of some weapons are quite crude, we must salute the artistic direction of the game which creates a real atmosphere of war. Whether on the first level in the alleys of a European-style city, whether with cobblestones on the street or even the style of the houses. Likewise, during the next level which takes place in a church, the atmosphere of the place is respected creating a total immersion. 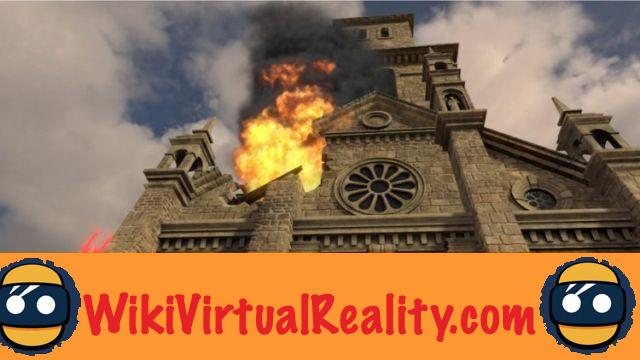 For the soundtrack, it is important to listen carefully at all levels. Whether on the introductory menu with music resembling what could be done in war films. All the decisive noises happen during the missions. Between the indications of your allies “Shoot that bazooka! ”But also enemies who indicate their“ machine gun ”type situations.

Likewise, almost minor sounds such as the whistling of bullets or the cry of bazooka missiles are faithful to the imagination anchored in our heads. When the motorcycles with their sidecars arrive, the player can recognize them without having to look at them. Finally, even the noise of planes passing overhead is as expected. 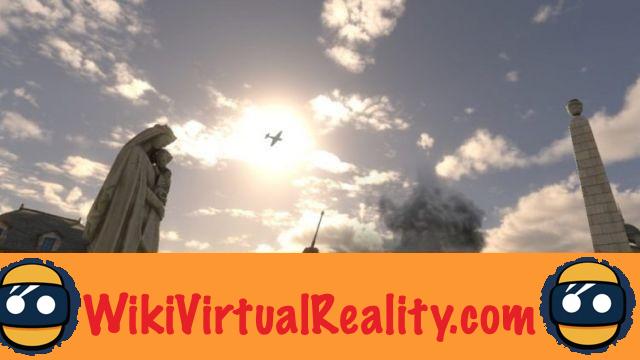 Le big advantage of Front Defense VR game, is the situation of the player in the game system. Its motionless position around the sandbags that surround it. So the HTC Vive is suitable for this kind of situation by using its 3m by 3 roomcale. We must therefore immediately exclude any risk of motion sickness since the player is not moving. Obviously the player is still placed in a situation of discomfort but in no case will he feel bad. Thus during the Game-Over and the actual death of the avatar, the player's vision leaves the soldier's eyes to exclude himself.. 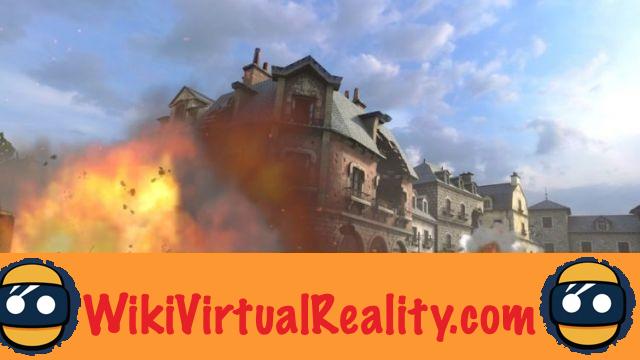 As a conclusion, it is already important to remember that the game system is the main weak point of it. Indeed, it comes in total contradiction with everything that you have been able to learn before in the various video games that you have played. In order to advance and unlock new missions, you have to do the others continuously until you get enough cumulative score. Apart from this convoluted game system, Front Defense VR is a good VR Shooter. Whether by its atmosphere corresponding to an atmosphere of war corresponding to the Second World War, but also by the management of weapons which is done effectively.

Scenario: No story is actually developed in the Front Defense VR game even though the player understands that it is in a WWII-like setting.

Playability: The gameplay of Front Defense VR is quite simplified since the weapons are controllable. On the other hand, the game system is found to be quite marginal due in particular to the difficulty of the missions.

Graphics: This is the big weak point of the game, if the general atmosphere of the paintings is excellent, the detail of the drawings is passable which complicates the immersion.

Soundtrack : The sounds in this game are not very present, it is all the same a pity that they are reduced to the simple cries of the warriors and the noises of combat.

Visual comfort: The game is pleasing to the eye and while the player can get to the center of the battle, enemies outright ignore you.