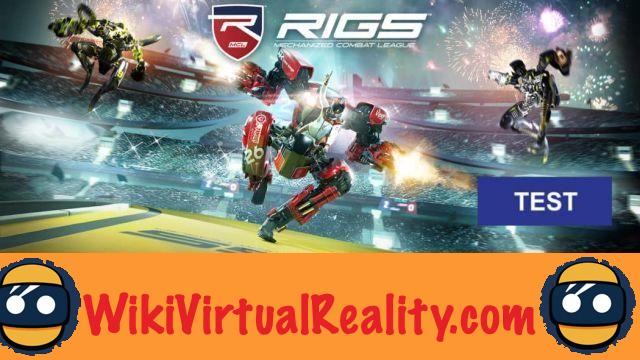 Sony has spared no expense to make the launch of its virtual reality headset an event. Indeed, despite the fact that the technology is new on home consoles, the Japanese manufacturer can count on its development teams to push the PlayStation VR (see here our test of The PlayRoom VR for example). Here, it's Guerilla Games, especially known for the Killzone series, which practices testing the features of PlayStation VR. We therefore find them in their favorite genre, the FPS, in a competitive and Online version. We will see in this RIGS Mechanized Combat Leaguesi review that this game is good enough to justify its price, which is about that of a classic console game.

RIGS Mechanized Combat League puts you in the distant future. Clashes between mechs have become a popular sport being played in arenas that showcase the different abilities of robots. It is in this context that we embody a pilot who goes pro at the start of the game which corresponds to the start of a season. Subsequently, the latter must choose the club in which he will sign to start the championship. In RIGS Mechanized Combat League, the storyline is a pretext to coat the heart of the single player game which remains the matches against the other teams in the league. Despite everything, we are entitled to a little role play mechanics through the choice of his club (with a very moving reference to Dragon Ball) or the choice of a sponsor who imposes on us challenges that make us win money. 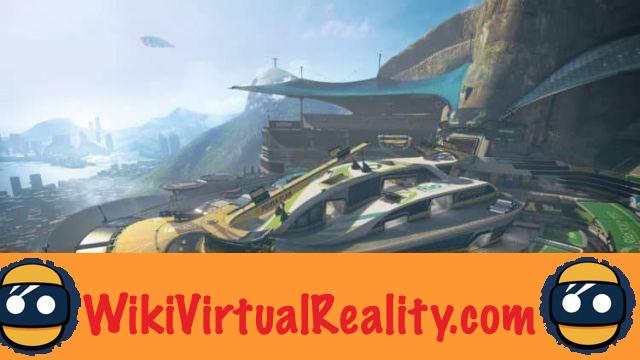 Graphically, the RIGS Mechanized Combat League is at the top of the PlayStation VR launch games basket.. Indeed, Guerilla Games is known for its technical prowess since the first Killzone on PlayStation 2. We find ourselves in a graphical universe reminiscent in certain aspects of games like Rocket League or WipeOut, especially at the interface level. There are no slowdowns to take up and RIGS Mechanized Combat League wants to be very fluid even when the action is frantic, despite everything, everything is very reminiscent of a game from the previous generation, but it remains very clean. Artistically, the mechs are rather impressive and covered with details reinforcing the immersion. Online, RIGS Mechanized Combat League is intended to be just as fluid, and no loss of quality is to be deplored. Unfortunately, the design of our hero's mechanical steeds is not varied and original enough to mark players accustomed to futuristic adventures. 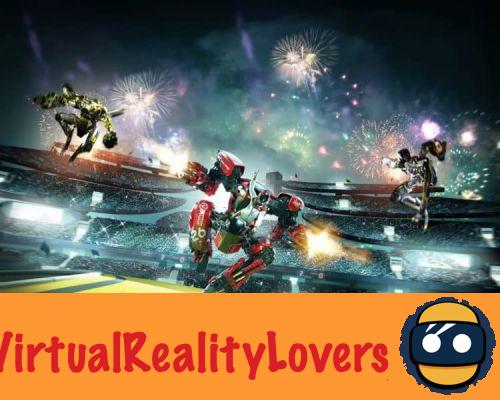 It's impossible to talk about the gameplay of RIGS Mechanized Combat League without mentioning the tutorial at the beginning which for almost half an hour will fill your head. (in every sense of the term). Indeed, the tutorial requires you to undergo the projections of your companion who will make you test several control modes or even features such as the visible or invisible ejection mode, which propels us in height with each death (believe us, you will do quickly turn it off if you care about your brain). In RIGS Mechanized Combat League, there are two main control modes, the basic mode where your head directs both your robot and targeting your weapons, or the mode that lets you offload robot control to the right joystick. Much more precise and well thought out. RIGS Mechanized Combat League takes place in arenas where teams of 3 compete against each other and where each death brings a point to the team that killed. A dash system allows for melee clashes but the bulk of the game is based on the power system where you will have to assign a power through a button on the controller. There is an option to increase your speed, another to increase the power of attacks and a last one to heal yourself when attacked by enemies. The matches take place in arenas rather provided with secret passages and walls allowing you to develop strategies. There are 3 types of game:

We find ourselves in a classic deathmatch team where you have to kill your opponents to earn points for your team.

A mode that is similar to a football match with a ball that you have to carry to the cages, you have the possibility of making passes to your teammates if you feel that you are surrounded by the opponents, a small well thought out team sport side should therefore be noted.

In this mode, we have the opportunity to use our propensity to chain kills to unleash a fury called the Overdrive and which allows you to launch body and soul into a hoop in the center of the map like a basketball.

RIGS Mechanized Combat League takes place in 4 maps (Macao; Rio De Janeiro; Dubai; Nevada) which are relatively different from each other even if the lack of variety is still felt after a few games. The single player mode invites you to join a club at the start of the season in order to participate in the championship which alternates between the 3 game modes. In terms of the gameplay itself, everything is taken more or less well in hand even if sometimes, the nervousness of the whole requires a certain time of adaptation. Despite everything, the gameplay is intended to be quite impressive for a game launching a whole new "device". Indeed, it proves that we can make a nervous gameplay in a game in virtual reality on a home console that must include the controller and the PlayStation VR. In RIGS Mechanized Combat League, the Playstation VR is really used as a gameplay element, in fact the hub is really very well integrated and seemingly trivial events such as air travel after matches become ultra immersive thanks to VR.

RIGS Mechanized Combat League soundtrack is pretty classic. We have music that fits the standard of games with futuristic trends. The sound effects are good, there is not much to report, nothing shocking but nothing revolutionary. In headphones, the sound is spatialized and allows a greater immersion in the world of the game. The dubbing of the character supporting you during the tutorial is annoying because he is talkative but is found in the average of video games in France. 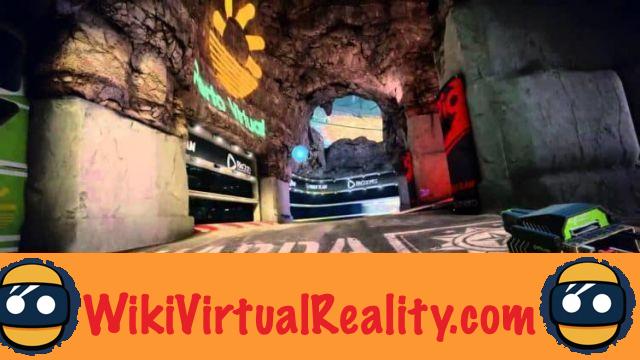 The lifespan of RIGS Mechanized Combat League is quite difficult to determine because the multiplayer aspect can lengthen it drastically. if you are sensitive to the game. Despite this, the game lacks content for its price. Indeed, 60 € for 3 modes of play and 4 maps is a much too expensive sum, especially with regard to the price of the equipment (PlayStation VR + move + PlayStation Eye) upstream. The solo challenge is not worked enough to justify this price, despite the challenges of sponsors (a sponsor gives you challenges before matches in order to earn some bonuses). In the end, the life of the title will depend on your desire to replay or not the title in multiplayer or not.

In RIGS Mechanized Combat League The feeling of motion sickness is quite annoying during the first games, especially during the tutorial, You get used to the speed of the game quickly, compared to other less nervous virtual reality experiences. Despite everything, you have to be careful to space the parts well, otherwise you will experience bothersome dizziness. The game remains readable in any case and follows the movements of your PlayStation VR.

To conclude, RIGS Mechanized Combat League is a good game. It proves that you can create gameplay that is both edgy and readable on a virtual reality headset. It should be able to pave the way for other developers who can extend the vision of Guerilla Games. Still, the launch price is way too high for the content being sold. It would be better to take it at a low price given the rickety content it offers. RIGSMechanized Combat League interesting to play because a bit like an Eve Valkyrie, it pushes the limits of a virtual reality headset that one might have thought of a gadget. 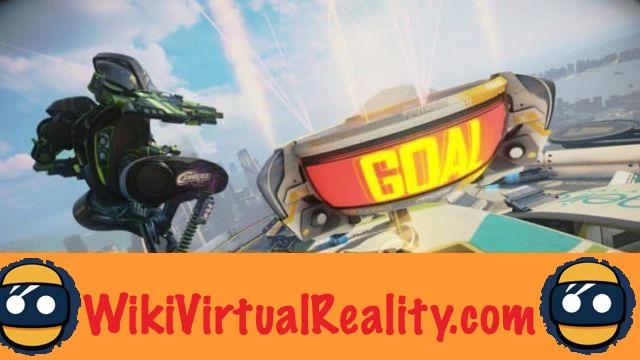 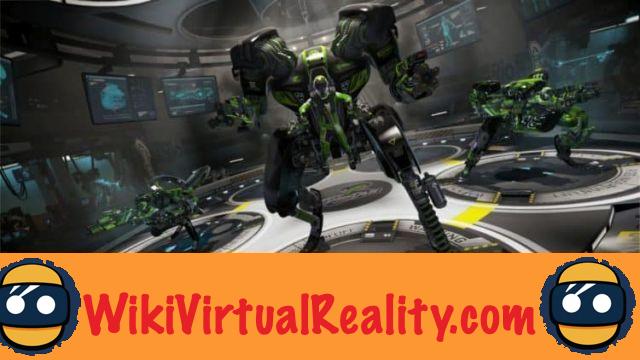 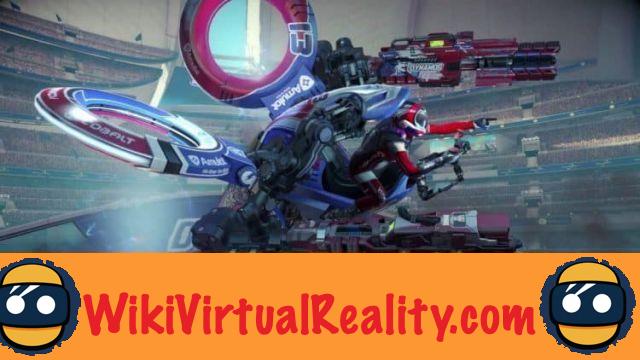 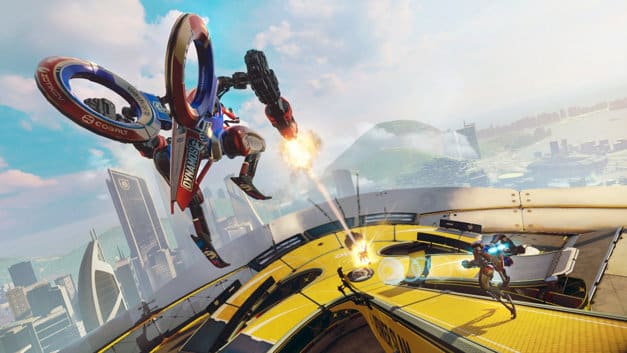