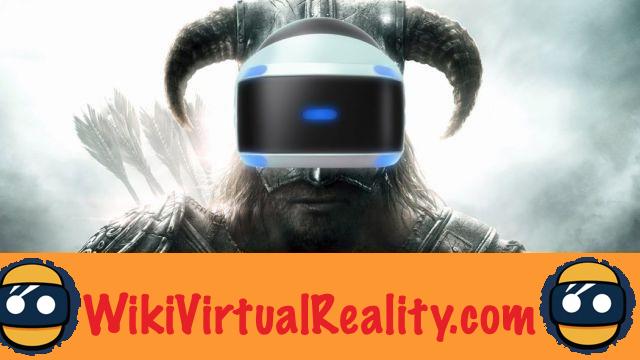 Skyrim VR is a direct adaptation of Skyrim, released for PC and console on November 11, 2011. The scenario is therefore exactly the same. The plot takes place in a fantasy land called Borderciel. The player takes on the role of a character who wakes up in a convoy of death row inmates. As he prepares to be executed in Helgen Fort, a dragon of a long-extinct race appears and attacks the city. The player takes the opportunity to flee and hastens to go to the castle of Whitener to warn the jarl of the return of the dragons.

Thus begins an epic adventure, fantastic, and full of twists. Acclaimed on numerous occasions, the Skyrim VR scenario no longer has to prove itself. The real question is whether this VR adaptation will succeed in captivating players who already know the story again, allowing them to immerse themselves directly in this whimsical universe thanks to the magic of virtual reality.

Skyrim VR is a role-playing game. The player must first create his character, choosing his race and appearance. As he progresses, he will gain new abilities and better equipment. His stats will improve, and he will become more and more powerful. Throughout the game, it will be about exploring the vast province of Skyrim, interacting with characters, completing quests, and battling formidable enemies. The player enjoys complete freedom, and can roam the open world at will.

According to the developers at Bethesda, behind Doom VR and Fallout 4 VR, it was necessary to reinvent the gameplay of Skyrim VR from A to Z for virtual reality. There is no longer any question of using the keyboard and the mouse as a controller. To reinforce the feeling of immersion, the gameplay now relies on the PlayStation Move motion-sensing controllers of the PlayStation VR. The player can thus use both hands in a relatively natural way to grab objects, wield weapons or cast spells.

Compared to the original version of Skyrim, the player can now wield bladed weapons with a complete freedom of movement. It is possible to orient the blade in all directions and strike from all angles. The handling of the bow is also much more realistic than before. The player will thus have to grab an arrow, notch it in his bow, aim, then release the string. Likewise, these controllers offer new possibilities for the use of spells. The player can still equip a spell in each hand, but can now aim at a different target with each hand.

This type of gameplay, which is already found in many virtual reality games, is very pleasant and contributes to the immersion, but unfortunately turns out to be a bit messy. The force of the blows carried by the player is not transcribed very faithfully, and we sometimes have the impression of striking the enemy with an ear of wheat rather than with a sword. At other times, you can hurt an enemy without even wanting to. Parries are also very random, and enemy hits can often pass through the player's weapon defying the laws of physics.

In addition, the PlayStation Move and the tracking system of the PSVR have their weaknesses, and it happens regularly that the player's hand moves several meters away from his body. Another problem, the PSVR does not offer a guard system like that of the Oculus Rift or the HTC Vive, the player does not perceive the limits of his playing space and risks hitting a wall. Make sure you have enough space before embarking on the adventure. In short, we can not help but think that the experience would be much more convincing on Oculus Rift and HTC Vive with their respective Oculus Touch and Vive Wand controllers. We will have to wait for the Steam VR version to verify this premonition.

With PlayStation Move, by default, the player moves by teleporting. It's a matter of pressing the main button, choosing a location, and releasing the button to teleport. This movement system greatly facilitates combat since the player can very easily move away from enemies instantly. Note however that teleportations reduce the character's stamina gauge. When he's out of stamina, the hero can only teleport a few inches in front of him.

Note that it is also possible to move by walking by holding down the main button of the left PlayStation Move. The player moves as in the original version, and has really feel like walking. However, free movement can cause nausea in some users.

In addition, Skyrim is renowned for its almost infinite lifespan. While it is possible to focus only on the main quest, most players choose to explore every nook and cranny of Skyrim and indulge in the side quests. It is possible to postpone the main quest indefinitely from the start of the game to progress at will within this vast world.

The lifespan offered by Skyrim VR is therefore colossal. We will still regret the absence of mods, which allowed the gaming community to create alternative content to further extend the experience.

Technically, the graphics in Scrolls V Skyrim VR are a bit outdated. On the other hand, from an artistic point of view, the game remains magnificent and it is a real pleasure to contemplate this fantastic universe from the inside, to be fully immersed in Skyrim. We regret some animation bugs that occasionally remind us that this is only a game.

La soundtrack is also masterful, in turn epic and majestic depending on the situation. Music strongly contributes to give a soul to the game, to arouse the emotion of the player. The sound effects and the dubbing are very well made.

Skyrim VR is undoubtedly one of the most immersive virtual reality experiences to date. The visual beauty, the captivating music, the spatialized sound, really give the impression of being transported into this imaginary world.

Le game is no longer seen in first person, but experienced in first person. To be able to contemplate the landscapes of Borderciel while turning the head in a natural way is a dream which finally comes true for many fans. Only the tracking problems of the PSVR and the teleportation movement system attenuate the feeling of immersion.

The game is comfortable, and does not a priori cause a sensation of motion sickness. So that's a good point for Skyrim VR.

On the other hand, as with most PSVR games, eye fatigue is quickly felt. Game sessions will therefore be shorter than on PC or console for most users.

Skyrim VR against the competition

Skyrim VR is an adaptation of a role-playing game that already offered colossal content when it was released, and received three expansions thereafter. Compared to VR role-playing games like The Mage's Tale or The Wizards, then the title just doesn't play in the same court in terms of lifespan.

Likewise, Bethesda's know-how and financial means is felt at every level of the experience. Despite everything, on certain points, such as the fluidity of the gameplay or the beauty of the graphics, we can feel that Skyrim is aging compared to the two examples of games mentioned above. Similarly, unlike these titles, Skyrim VR remains an adaptation while its competitors have been directly designed by VR both in terms of gameplay and level design, which can sometimes be detrimental to the work of Bethesda. 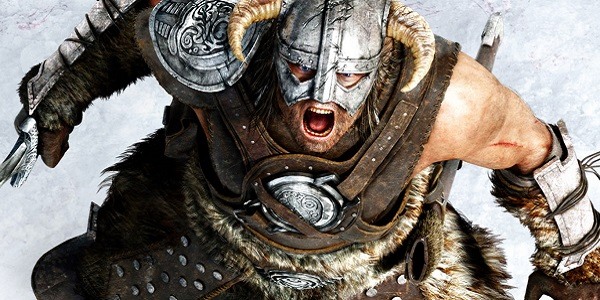 Skyrim VR is a masterful virtual reality adaptation of one of the best role-playing games of all time. Clearly, fans of the original game will be in heaven by getting back into the VR adventure, and people who have never played Skyrim will be all the more in awe.

Despite everything, after six years of existence, Skyrim itself is starting to date, and this dated side is felt on the technical level. We also regret that Bethesda has chosen to focus its efforts on Sony's PSVR headset. Certainly, by choosing this medium, the studio makes sure to reach a wider audience (the PSVR dominates sales of VR headsets), but the proposed experience is undermined by the PlayStation VR tracking issues, by the shortcomings of PlayStation Move controllers, and by inferior graphics compared to what the Oculus Rift and HTC Vive can offer. Anyway, if you own a PSVR, Skyrim VR is a must have game in your game library.

Scenario: A captivating scenario, a world in its own right.

Immersion: One of the most immersive VR experiences to date.

Comfort: A comfortable but tiring experience for the eyes