A12 Bionic: a pearl for augmented reality on iPhone

What if the biggest novelties were no longer to be looked for on the side of smartphones but on the side of what we found under the hood? After the ubiquitous iPhone X last year, it is the A12 Bionic chip that occupies everyone's minds in this presentation. 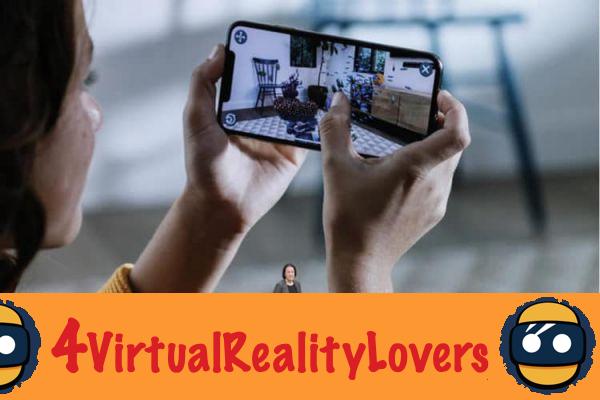 A12 Bionic "the smartest and most powerful"

It is an unsurprising name which follows on from the A11 Bionic. If Apple has bet on originality for the name of its smartphones, this is not the case here. However, Apple's 64-bit SoC (System on Chip) still retains some surprises. Thus, it is the first in the industry to be engraved in 7 nm. And it presents a breathtaking performance. Apple announces a speed gain of 50% and 40 to 50% less energy consumption. 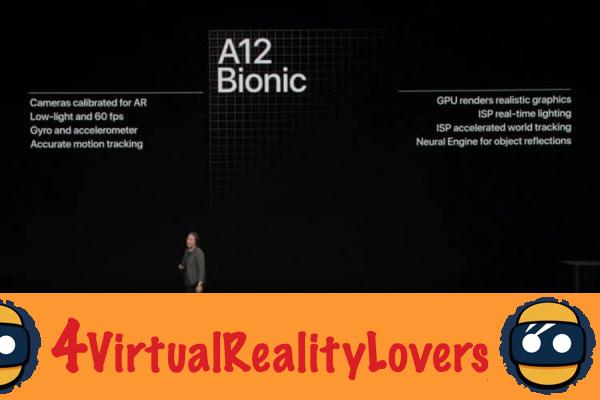 However, this chip has as many cores as the previous one: 6. Two for high performance and 4 for classic tasks, but Apple is still light on details. On the GPU side, 4 cores will be used for applications and games. Its Neural Engine would be able to perform 5.000 billion operations plus a second. What to show off Apple who can claim the chip "".

These are the ones that will be used for rendering games in augmented reality. This is also one of the announcements of the conference with a real performance boost for the ARKit 2, announced today, thanks to the A12 Bionic. Face tracking is improved, rendering is more realistic and real new features for the game, especially with the multiplayer functions. So, AR Quick Look feature gives augmented reality much more verticality on iOS. You will be able to see objects in augmented reality in applications like New or Safari. The gain in power should in any case allow many new features. 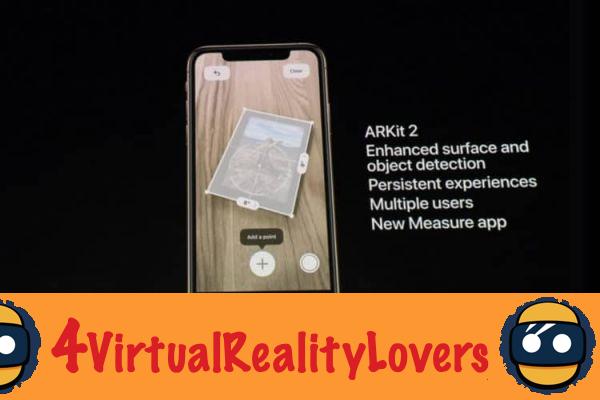 During the presentation we also saw former NBA player Steve Nash come and present Home Court, an augmented reality application that could improve basketball shots. An augmented reality game, the first of a series according to Apple, also allowed us to perceive the brilliant rendering of the A12 Bionic.

It is in the end no doubt because of the contrast that we realize the absences. If we had the right to a real presentation of the Apple Watch Series 4 and the novelties that are expected for the Apple HomePod speaker, we note on the other hand two major absentees. Indeed, nothing has been said about Apple Glass or virtual reality. The apple brand has mainly relied on its new iPhones this year. It remains to be seen whether this will really pay off. The answer in a few months with the sales figures. We are also very excited to test the render in augmented reality with the A12 Bionic.

add a comment of A12 Bionic: a pearl for augmented reality on iPhone