In a booming virtual reality market, developers are looking to the future and looking for ideas for the future of this new technology. In this context, several companies are studying the potential of VR gambling.

Le iGaming, already considered a subsector of the gaming industry as a whole, has represented a market of around $ 50 billion since the early 2000s. Naturally, this growth is accompanied by a surge of innovation. Thus, market leaders are interested in virtual reality as the next medium for their software.

Il Just look at a list of major online gambling software providers to see that all the major players are currently testing VR casino. Currently, the most innovative seems to be Microgaming. This firm, established since 1994, currently offers more than 600 online games. With long experience and a strong brand image, the company recently decided to push the boundaries of possibilities.

La Microgaming VR Roulette was first unveiled at ICE Totally Gaming 2016. In a CRYO Lab specially deployed for the occasion, this game combines Oculus Rift headphones and Leap Motion controllers. The player finds himself propelled into a virtual casino, in which he can enter chips, activate roulette and collect his winnings. This experience was awarded the Digital Product of the Year at the Global Gaming Awards, and the prototype has inspired other developers to look into the VR casino.

In 2017, another company by the name of NetEnt unveiled the first virtual reality slot machine. The company has chosen to adapt its most popular game, Gonzo's Quest, in VR. The game brings together a 360-degree environment, interactive characters, and jackpots that fall from the sky if you win. The release is scheduled for later this year. 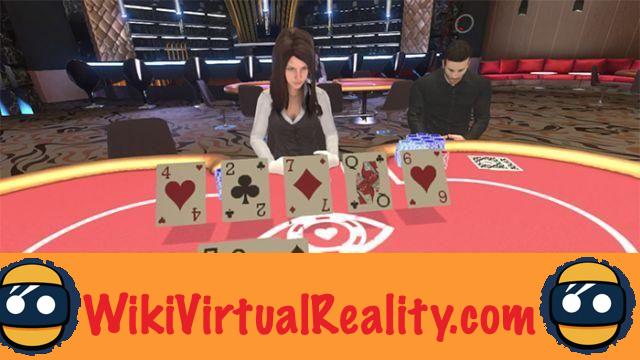 These products are still in the development stage, but are expected to quickly become enter the market. According to study by Juniper, VR casino could grow to $ 520 million industry by 2021. Besides the online gambling tycoons, big names like Samsung and Facebook are also interested in VR casino. Therefore, the market could grow 800% in the coming years.


If these predictions prove to be correct, VR casino would become one of the most lucrative markets in the virtual reality industry. Other sectors of entertainment and advertising are also expected to play a major role in the evolution of virtual reality, but gambling could allow its democratization.

SideQuest: a tool for sideloading apps on Oculus Quest ❯

Add a comment from Casino VR - The future of internet gambling?