Disney invents mixed reality without a device: a surprising experience 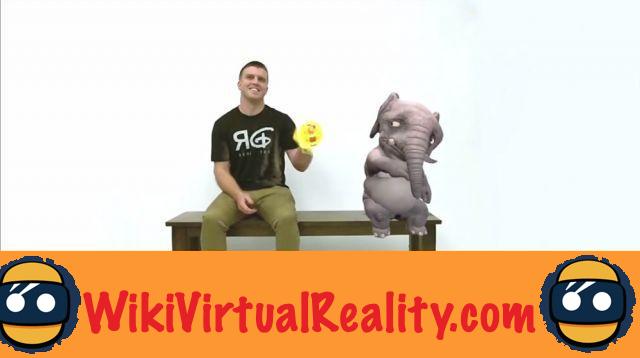 One of the major problems with mixed reality is that it requires the use of a device such as augmented reality glasses or even a smartphone. The experience is then lived alone and in the first person. Disney Laboratories have circumvented the problem and developed the "magic bench", a bluffing mixed reality experience in which the user does not need a device and can be seen by all.. 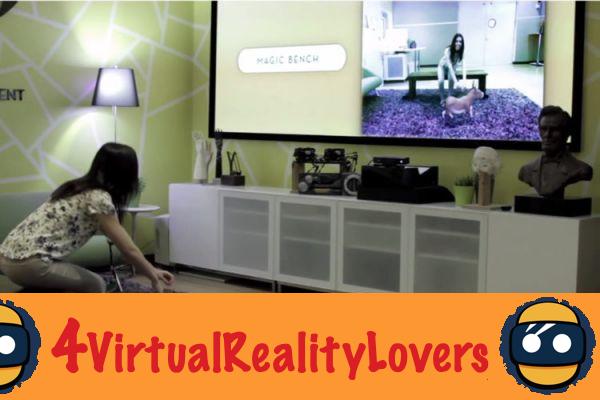 When we think of mixed reality or augmented reality, we immediately imagine an experience with AR glasses or even from the screen of a smartphone. Disney got around the problem and developed the Magic Bench, a very interesting experience. The principle is simple. The user (or users because it is an experience that can be lived in a group) sit on the magic bench. Virtual elements then appear in the background and can be seen on the screen placed in front of the user. 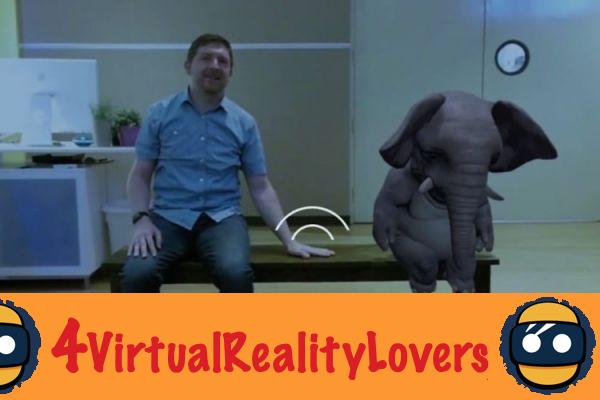 This first demonstration is very convincing. As you can see in the video below, several scenarios are available. One spawns a rabbit that the user can interact with. In a second, it's a donkey with a bad temper that appears. It is also possible to interact with a giraffe and its umbrella, a snoring elephant who gives you an orb in your hand or even a toad who does not want to be touched or kissed..


What is particularly impressive with the experiment of the magic bench developed by the laboratory Disney Lab is that it can be experienced by several people at the same time. As a demonstration, the Disney laboratory gave the example of a group of people finding themselves overwhelmed by the waves while a giraffe passes in the background.

add a comment of Disney invents mixed reality without a device: a surprising experience