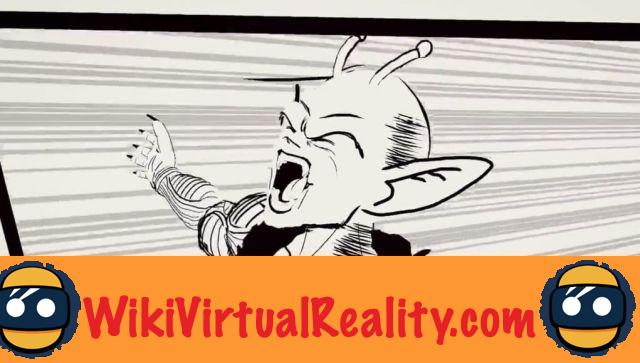 When the development of the Quill app was taken over by Facebook's Social VR team, Fujita was ultimately chosen to become artist in residence within the division. Since then, the talented artist has regularly shared on Twitter his creations made using Quill, the artistic creation software of the Oculus Rift.

For some time now, Fujita has been focusing on exploring the possibilities VR offers for comics. After coming up with a very successful 3D drawing of Marvel's superhero Spider-Man, the artist just recreate a mythical scene from the famous manga Dragon Ball and VR.

This is the scene in which Piccolo sacrifices himself to save San Gohan, the son of San Goku. As Fujita explains himself, this is a pivotal moment in the history of Dragon Ball. A moment that allowed him, like many readers, to become attached to the character of Piccolo. 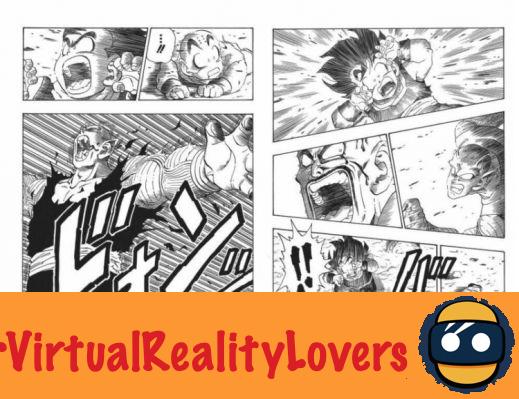 This 3D reconstruction is very successful, and allows you to admire the scene from all angles. In addition, animated effects make the scene more lively and allow you to feel all the emotion of the moment.

On Twitter, the artist specifies that this creation is only a concept and that he does not specifically intend to recreate other scenes from Dragon Ball for the moment. He prefers to create his own original content. However, Fujita admits that VR has allowed her to recreate this scene faster than any other medium so far. Now this artist says to himself convinced that VR comics have a great future.


As a reminder, Fujita is not the first to venture on the trail of VR manga. Recently, Square Enix launched a virtual reality manga called Tales of Wedding Rings VR. Likewise, in August 2018, the VR video game / manga project TOKYO CHRONOS was successfully funded on Kickstarter. Suffice to say that the “Fusion” between Japanese comics and immersive technologies arouses great interest.


If you want to contemplate the scene of Dragon Ball recreated in VR by Goro Fujita, you can do so from the Facebook Spaces app which now allows sharing of Quill projects. If you yourself are interested in creating comic books in VR, the artist has also shared a “making-of” of his work.

ScanPyramids VR: an experiment to visualize the latest discoveries of the pyramid ❯