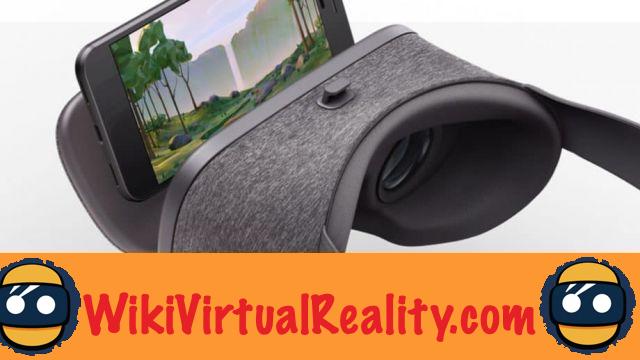 With the launch of its Daydream platform and its Daydream View headset in 2016, Google seemed determined to become a major player in virtual reality. Unfortunately, the success has not really been there and the Mountain View giant has gradually distanced itself from VR ...

In March 2019, Google shut down its VR content creation studio, Spotlight Stories. In May, the Jump VR camera and its Cloud assembly program were discontinued. Likewise, the new Pixel 3a smartphone is not compatible with the Daydream platform.

Without warning, Google has now removed the Google Play Movies & TV application from the Daydream platform. This application allowed to rent, buy and watch movies and series from the Play Store within a virtual fair.

Google denies its lack of interest in virtual reality

Contacted by the Variety website, Google confirmed the removal of this application. However, according to the firm, this would not be a sign that it no longer believes in VR. According to the spokesperson, users can already access the movies and series they have rented or purchased from the Play Store. via the YouTube VR app for Daydream.

In fact, the application Play Movies & TV had no real interest and risked cannibalizing YouTube VR. This is not the first company to give up renting movies in VR. Facebook deleted the Rift VOD store at the end of 2018, and does not intend to offer such a service on the Oculus Quest.

The removal of this application would therefore be linked to the lack of success of VOD in VR than to a more general problem of virtual reality. Google also specifies that it does not intend to remove any other application from its Daydream platform...