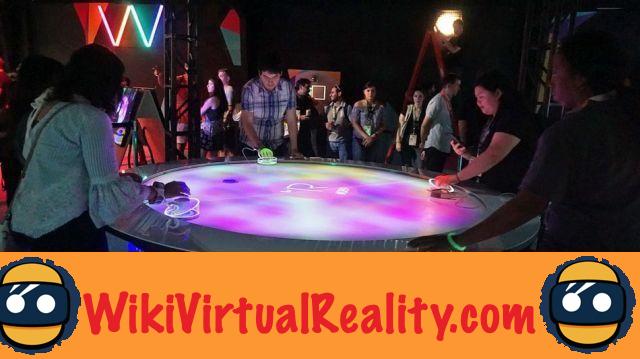 As part of the SXSW show which takes place this week in Austin, Texas, Sony Technology is organizing an exhibition called Wow Factory. The opportunity for Japanese to present countless game prototypes and other experimental gadgets based on its technology, created in partnership with engineers or artists.

Sony: an Air Hockey table with image sensors and projectors

Among the crazy inventions brought to light during the exhibition, there is a very interesting futuristic Air Hockey table. With this installation, Sony manages to offer augmented reality features without going through a headset or glasses. To do this, the Japanese giant uses projectors and sensors able to follow movement and measure depth and pressure.

At first glance, the prototype looks like any Air Hockey table for three players. It is a circular table, on which are a hockey puck and three rackets. However, this installation actually embeds two latest generation Sony IMX382 visual sensors. These sensors are capable of detecting and tracking objects at a speed of 1000 images per second. 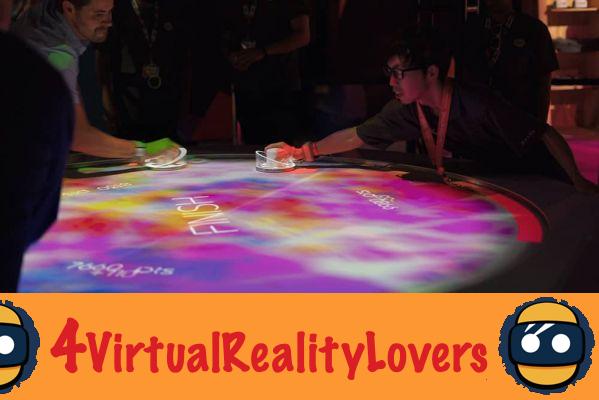 Thanks to image sensors, players are able to interact with the virtual elements projected on the table realistically in real time. Concretely, it is possible to hit the virtual pucks using your physical racket exactly as you would hit a real puck. Likewise, virtual pucks bounce off real pucks and table edges in an incredibly realistic way.

Thus, in addition to the real physical puck, five virtual pucks bounce in all directions and collide on the table. All three players aim to protect their respective camps by preventing one of these discs from entering their goal. The result is a happy chaos guaranteeing totally crazy games. 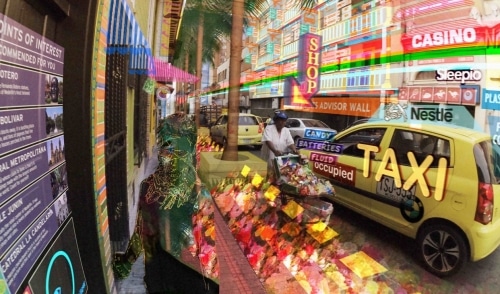 Specially designed for the Wow Factory exhibition, this augmented reality Air Hockey game will only be probably never marketed. However, this demonstration is a real tour de force and proves that augmented reality can work without having to put an imposing helmet on your face.

In fact, in the near future, interactive virtual images may well punctuate the real world. The billboards, store windows, coffee tables or even windows could become screens on which elements of augmented reality will be projected.

Mark Zuckerberg wants to overtake Apple and Google thanks to Oculus ❯