Intel is already well involved in virtual reality, firstly the company has its own virtual reality headset, le Project Alloy, a unique headset since it is based on mixed reality technology, hear virtual reality and augmented reality at the same time. But today and to fuel his great project Real Sense, Intel has just bought the Movidius company.

It is in a blog post that the CEO of Movidius Remi El-Ouazzane announced this news while specifying that they would work as always in their field, creating mobile chips for computer vision. To summarize this unique technology, it allows to give eyes to a device, to make him see things around him. Indeed, this technology has already been widely deployed on drones for example. It is one of the main disciplines in the creation of artificial intelligences. 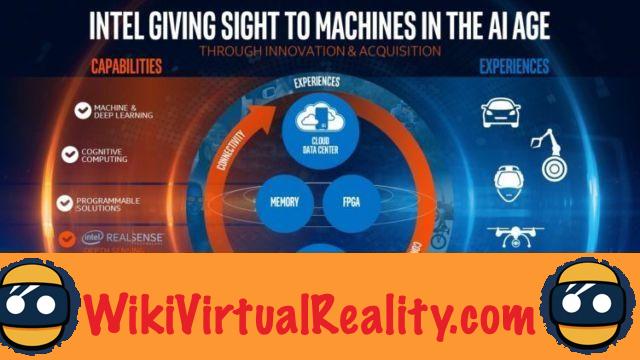 After 8 years of hard work, Movidius has established itself as a booming company, in fact it now has 180 employees in three offices, one in Silicon Valley, one in Romania and finally one in Ireland.

It appears that Intel wants to use this new branch of its empire to feed in priority his Real Sense experience, but also technologies related to drones and, Intel clarified, they largely think to feed their experiences in virtual reality with this new unique device. To see later what Movidus and its artificial eye can bring new life to existing virtual or augmented reality experiences.

add a comment of Intel - The company has just acquired Movidius