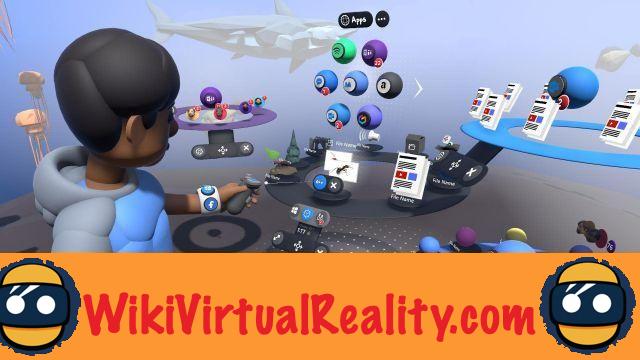 While VR is mainly used by the video game industry, there are also several virtual reality applications dedicated to artistic creation. So, where are tools dedicated to drawing and painting in VR. Likewise, and are applications devoted to virtual sculpture. These different software are very successful with many artists, and offer them new possibilities to express their creativity.

Without warning, Microsoft has just launched Maquette: its own tool for artistic creation in virtual reality. If the features offered are similar to those of the other software mentioned above, Maquette is however more dedicated to the creation of prototypes of space designs. As its name suggests, this tool is primarily used to develop models.

In particular, it is possible to create prototypes of spatial interfaces, for example with blocks of text. We can combine geometric shapes in 3D with more free lines. The presentation video also suggests that the tool can be used to create interactive video game environments.

specify that Mockup was first used as an internal tool allowing Microsoft designers to explore mixed reality. The software is compatible with a Unity plugin allowing users to explore scenes in Unity in .FBX or .GLTF formats.

After a closed alpha launch in May 2018, Model is now available in closed beta. If you are interested, you can register at this address. Microsoft intends to rely on feedback from testers to improve its app. The tool will be compatible with Windows Mixed Reality headsets, as well as with the Oculus Rift and the HTC Vive.