The Mondly Learn Languages ããVR application is based on Mondly's voice chatbot, launched in August 2016. This interactive artificial intelligence is capable of learning autonomously over time. The technology is combined with language recognition, to allow users to learn new languages ããwithin virtual reality.

La language recognition technology is able to understand sentences and words in more than 28 different languages. Artificial intelligence has already learned millions of new phrases and reactions since its launch, thanks to machine learning technology.

Instant feedback in a virtual environment conducive to learning 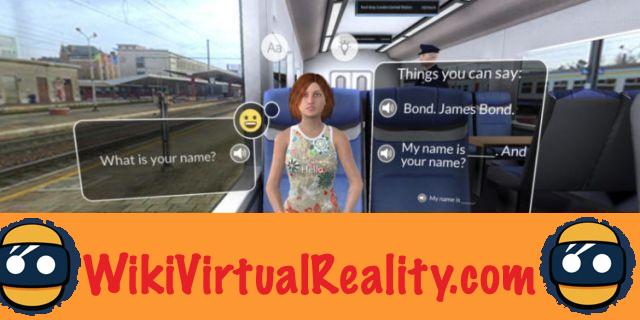 Users of the app can have lifelike conversations with virtual characters. ATi Studios has created this software based on what users need to learn a new language effectively, namely instant feedback, and an immersive and realistic experience to build confidence.

The software directly corrects the pronunciation of the usage, and suggests new vocabulary words to help him progress quickly. In addition, surprises make it possible to make the educational experience more fun and fun. This application makes the link between chatbot, language recognition and virtual reality technologies, thanks to a new automatic voice detection system allowing to make voice interactions within a VR environment more realistic. In addition, the system is calibrated according to the background sound of the room in which the user is located in order to ignore surrounding sounds. 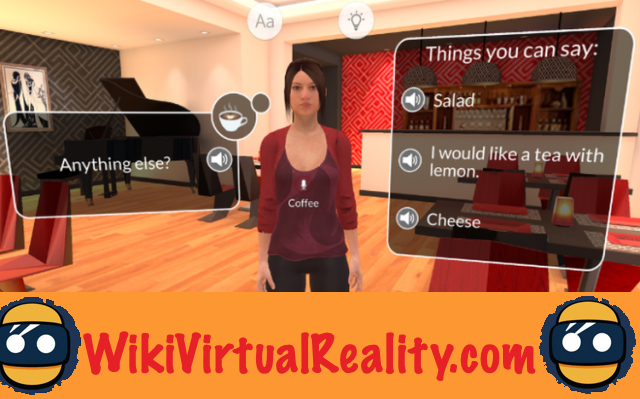 La first version of the application offers three scenarios available in 28 different languages. The first scenario places the user in a restaurant where they can practice ordering food and drink in a foreign language. The second scenario takes place on a train, where users can hold conversations and make friends from all over Europe. Finally, the third scenario takes place in a hotel where the user must book a room.

According to Alexandru Iliescu, CEO and co-founder of ATi Studios, the firm quickly realized that traditional models of voice interaction, requiring the use of touch or voice commands to activate speech recognition, could interfere with the fluidity of an immersive VR experience.

This is the reason why the studio has developed its own automatic voice detection system. The result, in his own words, is simply fabulous. The conversations with virtual characters are unrivaled so far. 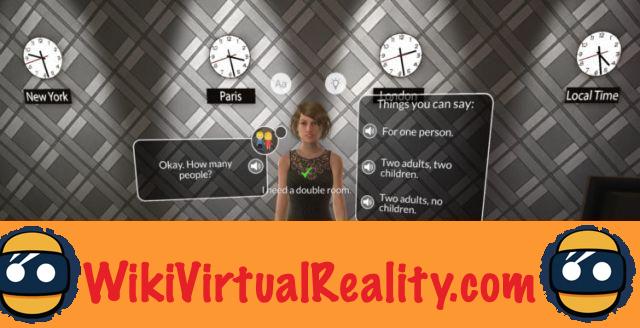 Since last August, the Mondly platform has been downloaded more than 15 million times. With this new virtual reality project, the firm hopes to fulfill the promise of VR to offer immersive and automated educational experiences. The Mondly Learn Languages ããVR app is now available for free on Samsung Gear VR and on all headsets compatible with the Google Cardboard platform.

ÞÛWhich are the best VR games?